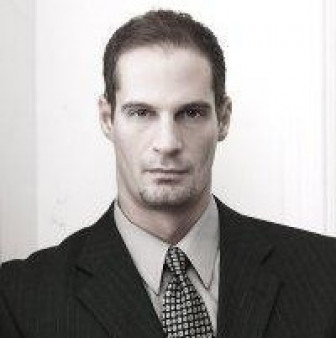 Daniel Bauer, the successor to the late legendary escape artist Harry Houdini, has returned to the stage with an intensely personal performance of magic and hope. I had the pleasure of seeing his latest show, Beyond Belief, while it was in previews in New York City in June.

With help from members of the audience (and Jeromy Dunn of PozitivelySpeaking.com as his magical assistant), Bauer tells his story before living with HIV and after his diagnosis. I had my share of tears and laughter throughout the performance.

Baring one’s soul is never easy and doing so in front of an audience is that much more difficult. Now factor in doing so again and again, disclosing painful family memories, addiction and other dark truths. Bauer is not only performing magic with his hands, but with his heart.

My interest in magic was stoked as a child by a magic kit I got for a birthday present. I remember how much joy it gave me. I also remember how bad I was at it, but it never stopped me from having a childlike fascination with it. Bauer delivers on making Beyond Belief not only thought-provoking, but also entertaining, as magic should be.

I admit to having some doubts about how much fun I would have at a magic show about HIV/AIDS, but Bauer made a believer out of me. He’ll be performing the show later this month at the XIX International AIDS Conference in Washington, DC, and returning to New York City this fall for an extended run.

Catch him, if you can.

Go to LivingPozitively.com for more information.