Twitter
Facebook
Pinterest
Tumblr
Email
Advertisement
While the recent rash of suicides among GLBT youth has been devastating, it’s heartening that it’s being discussed openly that gay youth are at a higher risk to take their own lives.  One of the reasons is that bullying for them in public places- such as school- is tolerated by fellow students and faculty.

When I first went online to dip my toes in disclosure regarding my HIV status, I met a lot of people who were using the internet as a means to help themselves as well as others.  I met Steve Schalchlin- my surrogate Godparent, positoid pal and fellow movie-review cohort.  Steve had gone online for the opposite reason I did; I was excited to start a new chapter in my own personal history with HIV, while he was sick and planned to document his decline in health for family members because emails and phone calls seemed too exhausting.  Steve introduced me to Gabi Clayton, a mother and activist on GLBT issues from Washington state.

In 1995, she lost one of her sons, Bill Clayton, to suicide.  A month prior, he had been targeted and beaten.  The event left him wondering what place he had in this world, undoubtedly.  Instead of grieving in private, his parents opted to educate the public on what their son went through, and how to prevent something like that from happening to other parents.  They became heavily involved in PFLAG and Gabi even appeared on Riki Lake to discuss the issue.  (Steve wrote a song about her, too.) As I grew closer to Steve and Gabi, I felt saddened that I didn’t get a chance to meet Bill, who was pretty close to my age. He died at 17, I was 20 when I decided that living in silence with regard to my HIV status wasn’t acceptable anymore. Three years isn’t a big gap, but when I thought about it, at 17 I could have never imagined disclosing my HIV status online.  At 17, three years is a lifetime away...

There are a lot more resources now than there were in 1995.  Dan Savage has started a brilliant campaign that encourages supporters, as well as adults in the GLBT community, to share their insights online, hoping teens who are doubting their purpose in life might get a glimpse into a future that holds more than insults and humiliation.  The campaign is called “It Gets Better”.


There’s also a documentary about a landmark case regarding bullying in public schools.  It’s called Bullied, and here’s the trailer...

Here’s to hoping that these multiple waves of support, online resources, understanding of the impact of intolerance and the glimpse of a brighter future ahead saves some lives in the coming days, weeks and years. 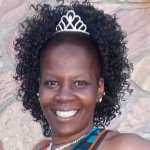