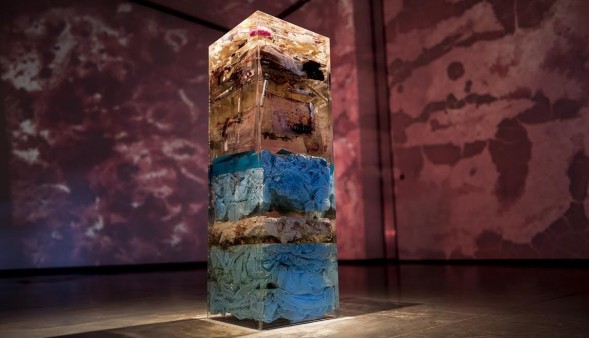 Birmingham, Alabama’s "One in Our Blood” events draw attention to the FDA’s discriminatory policy regarding gay blood donors.

As an artist, Jordan Eagles is best known for his works that incorporate preserved blood as a medium. As an activist, Eagles has used some of these artworks to draw attention to the “Blood Equality” campaign, which seeks to overturn the Food and Drug Administration’s discriminatory policy of requiring gay and bisexual men to be celibate for a year before they are eligible to donate blood while making no such demands of heterosexuals regardless of their HIV risk. In place since 2015, the current guidelines are an improvement on the all-out ban instituted in 1983 during peak AIDS panic, but the policy nonetheless disregards current science and disrespects gay, bisexual and transgender men by perpetuating stigma.

As part of Birmingham, Alabama’s “One in Our Blood,” a series of events that draws attention to the FDA’s policy, Eagles’s striking 7-foot-tall sculpture Blood Mirror, made with the donated blood of 59 gay, bisexual and transgender men, is on view along with related works at the historic Birmingham Civil Rights Institute through December 9. Meanwhile, the Abroms-Engel Institute for the Visual Arts at the University of Alabama at Birmingham hosts the exhibition One in Our Blood: Blood Equality, which features a film by artist Leo Herrera about the blood collection, science and the community of men behind Blood Mirror.

Another related exhibition, Blood Divided: The Story of Dr. Charles R. Drew, on display at the Birmingham Public Library through December 1, ties together civil rights and blood donation. Drew was an African-American surgeon who pioneered methods of storing blood plasma for transfusion and organized the first large-scale blood bank in the United States but was never allowed to donate his own blood because of Jim Crow laws.

At 7 p.m. on Wednesday, October 4, the Birmingham Museum of Art will host “30 Years of Acting Up,” a free public program addressing blood donation policy as a matter of both civil rights and science. The panel will feature founding member of ACT UP and current vice president of public affairs and policy at GMHC Eric Sawyer, ACT UP founding member and Treatment Action Group cofounder Peter Staley and executive director of South Carolina HIV/AIDS Council Bambi Gaddist, DrPH. Alex Fialho, Visual AIDS program director and one of the donors to Blood Mirror, will moderate.

Recent events in Alabama have rendered this series of events particularly relevant. The panel discussion will be taking place a week after disgraced former Alabama Supreme Court Chief Justice Roy Moore, who is staunchly antigay, won the Republican primary election for the U.S. Senate seat vacated by now Attorney General Jeff Sessions. In a 2002 case study involving a custody battle, Moore ruled that “homosexual behavior is a ground for divorce, an act of sexual misconduct punishable as a crime in Alabama, a crime against nature, an inherent evil, and an act so heinous that it defies one’s ability to describe it.” Though he has not spoken publicly about the FDA’s blood donation policy, one can only imagine that if he had his way, he’d set the clock back a few decades and see a full-on gay donor ban restored.

But there’s always hope. Also this week the Birmingham City Council passed citywide nondiscrimination protections covering sexual orientation and gender identity in housing, public accommodations and employment. Expect the veteran activists on the panel to address all these issues and more in what promises to be a highlight of the unprecedented series of events. 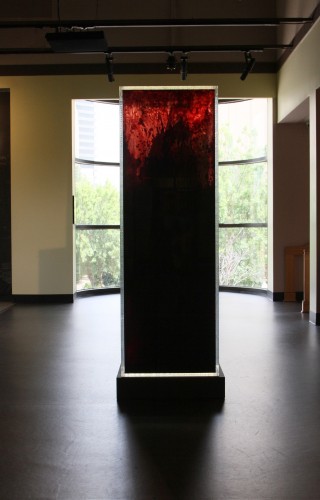