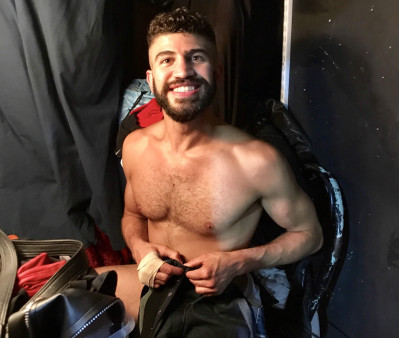 Collecting and hanging my costumes after the show

How My Birthday Cake Was Devoured

This blog post is about my 28th birthday in 2017 while in Provincetown, so it will get a bit sexually graphic as I really learned to embrace the power in my physical being—that’s my disclaimer for what you’re about to read. Consider yourself warned!

In the summer of 2017 I was just under two years sober, still very new to the vacation town in the Cape where I starred in a show, was in incredible physical shape, and felt so empowered to be me completely. Any sexual reservations I had before this trip had disappeared, and I was the best me I could imagine. I had no idea life could feel this good. I would ride my bike around town shirtless and go commando in gym shorts while soaking in the sun. I would play whatever genre of music I was in the mood for and lip-sync while people would witness me living my best life as I passed them by. 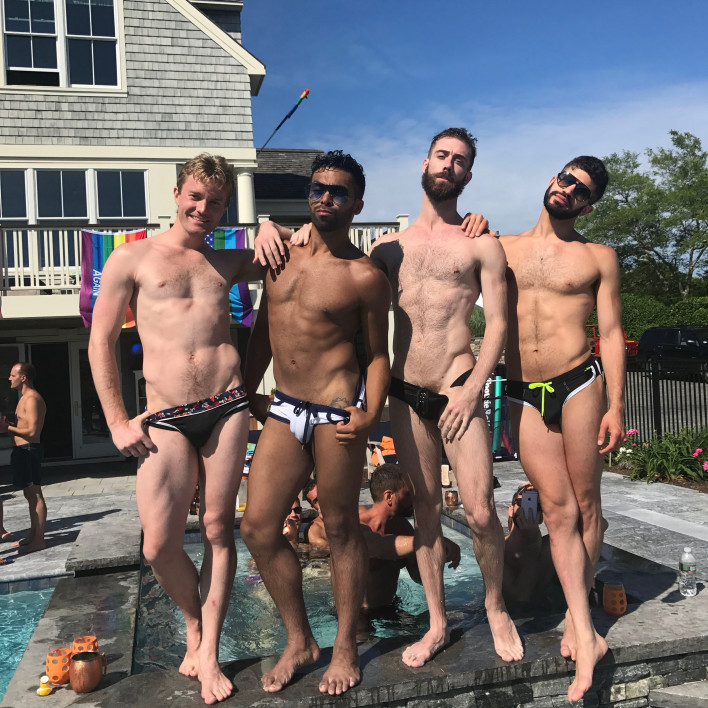 enjoying pool time with the boys

On July 2, I passed a guest house on the way home from the gym one afternoon and I heard my name being called. It was Collin, a guy I hadn’t spoken to in a very long time. And now here he was: my ex. Would my best life be derailed by my ex rolling into a town he had never been to? I was excited, nervous, shocked—and wondering why he had to pop up just before my birthday. Would he demand my attention? Would I seek his attention? I suspected he may have been feeling the same things too, as he did seem excited to see me and expressed that with a large (possibly crocodile) smile.

If you’re just joining in on my journey or possibly forgot who Collin is, he is one of my exes that I struggled my hardest to change. I desperately tried to work on his issues instead of working on myself--and I had many of my own struggles to overcome, including him. He was using drugs as I was trying to stay sober. It was an incredibly toxic relationship.

As we chatted, I mentioned the show I was in and half-heartedly invited him to see it. Half of me hoped he’d decline, and the other half really wanted him there.

Aside from wanting to promote the show, I admit part of the reason I wanted Collin to attend was to show him how good I was doing without him. He told me he was in P-Town because his friend was producing some of the parties at a venue in the center of town called Crown and Anchor. Collin was going to film his friend and the group of circuit boys during Circuit Week, known as “tweak week” by the locals. It is your typical circuit boy takeover of a town that makes you half smile with a perpetual boner and half cringe. It’s not for everyone, but if you’re like me, you can enjoy certain parts of the circuit. Lord knows I stay ready for that aspect with my Pure For Men fiber capsules—I better be getting some dick.

Anyway, Collin and I parted ways after our conversation and I felt uneasy yet excited. I still wouldn’t allow this to affect me negatively. I was my own person now. That afternoon I think I may have invited a gentleman over from Grindr before starting work. Okay, I did and it was wonderful. I then went to promote the show at Tea and was getting excited for that night. It was a Sunday and I had the next day off for my birthday. I couldn’t wait! After barking I went to get ready for our show that evening—and for the men I hoped to meet later.

After performing Male Call for weeks, the dancers and I had it memorized down to our bones. We could relax and enjoy being naked on stage in front of hungry eyes. We’d even point out audience members we wanted to have sex with, like making our grocery lists. Before the show we entertained the visitors passing by and the audience that was arriving, our bodies glistened with sweat and bug spray. Our eyes shimmered with enthusiasm, and we were ready for a great show. That night, Collin showed up in white pants and a skank tank, clearly as ready as we were.

That show brought me so much life, but that night I was going through the motions. By the show’s finale I was so ready for having my birthday off that when the music was different for the curtain call, it threw me off. Why was the music different? I walked out on to stage and was greeted with a birthday cake accompanied by a white chocolate penis topper—it could’ve been bigger if I had any say in it, but I  blew the candles out and maybe blew the white chocolate member for a second on stage as the audience sang “Happy Birthday.” 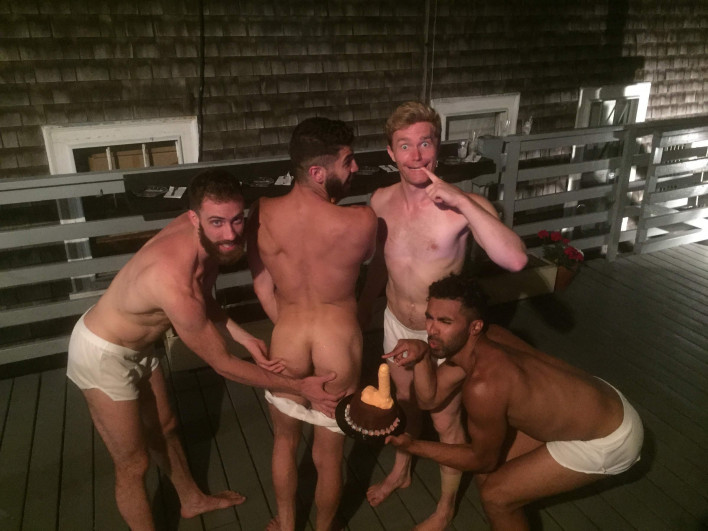 The cast showing off my cake

After the show we took pictures with our audience members on the back deck before collectively making our way over to a place called Church. I was feeling very sexy with a Cellblock neoprene harness attached to a jockstrap—and it was going to be seen. The crowd was dancing, and I thought I’d get down to the disco beats as well. Before too long, I started dancing and making out with this couple from San Francisco. They reached down the back of my shorts and—did I mention that I am one who likes to always be ready? This is why!

The heavy petting continued, sweat dripping down our bodies until they grabbed my hand leading me to the bathroom where I ended up having my birthday cake devoured, and then some. My moans were loud and uncontrollable as they pulled my hair and grabbed my neck from behind. And then the music stopped because the bar was closing, so I pulled up my short shorts and they told me to finish with my birthday present at their place. How could I say no?

It was only minutes before we were naked again. This birthday was turning out to be incredibly fulfilling already. I couldn’t contain my moans—even when my mouth was full—and I found myself in ecstasy. We took a break for water and one of the boyfriends checked his phone only to find that guys downstairs were curious about what was happening and said it sounded fun, so we invited them to join. And pretty soon, I was getting a birthday present from each one. It was just what I wanted.

Now this may be more graphic than I usually am with my blog posts, but surely we have enough pent up sexual energy from a year of COVID-19 lockdown that we can appreciate my birthday celebration. It was a fun night, and I am so glad that it happened exactly the way that it did.

That night in 2017 had really opened me up to so much sexual power. I was strong, sexy and desired. I was sober and in control of my actions, and being undetectable took my worries away from infecting others. I wasn’t afraid of the HIV or the stigma. I wasn’t ashamed of the way I was expressing myself. I felt so in tune with my body and the surrounding environment. I couldn’t wait for more of this, but at around 4 or 5am, I went home and crawled into bed for some amazing things I had planned for my day off, which just so happened to also be my birthday.