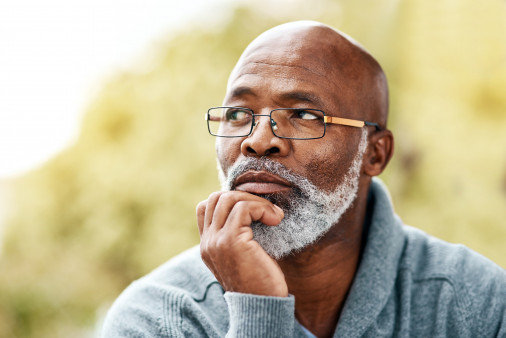 On National Black HIV/AIDS Awareness Day, let’s not forget that older adults of color are at risk too.

For this year’s National Black HIV/AIDS Awareness Day which is observed on February 7th, the theme is “We’re in This, Together.” It’s a noble statement, and in theory it’s a great announcement that creates a sense of unity.

But as I step back and really look at the unity and support of others as it relates to this disease, I have to challenge it. My challenge comes from the fact that when it relates to HIV, the overall awareness often feels like it’s directed to those under the age of 50, with a noticeable effort to young adults. And a silence still prevails for older adults over 60 who are either at risk or living with HIV.

I’ve written about this topic previously and strongly feel that on this national day of HIV/AIDS awareness, more voices should stand up and speak for a community that society treats invisible based on their age and, in today’s environment, their race. People are still unaware and refuse to believe that people in their 60s, 70s, 80s and even 90s are having sex. And that unawareness is literally affecting not only how we direct prevention efforts to older adults but also how we support for those living with it.

As someone who leads a program that goes to senior centers, I have frank dialogues about HIV with older adults. It’s amazing during the conversations to hear that they’re not fully aware of how one can get HIV or how it can be prevented with various tools. Sadly some people, when seeing their primary doctor, do not discuss their sexual lives. During one interesting visit in Harlem, I was trying to inform a room of seniors about PrEP, the HIV prevention tool, but none one was aware of it. As I explained how it works, many were taking notes and couldn’t write down the information fast enough. They were so unaware of this prevention method that I even had to spell it for them.

If we’re truly in this together, then we have to include those over 50 as they are equally able to contract HIV as those in younger age groups. And yet so much effort and energy is directed to the younger age brackets while seniors are either an after-thought, if they’re thought of all.

If we’re in this together, then on National Black HIV/AIDS Awareness Day, we must address those who are unaware of the relationship between HIV and aging. There has to be some inclusiveness from the following entities to which I scream-WAKE UP!

HIV Organizations These are usually ran by people who have no geriatric background. Plus, the spaces themselves are not welcoming to older adults, which can also include HIV support group settings.

Senior Centers In a space where seniors may spend large amounts of time, many offer no access to condoms, have discussions about safe sex and fail to provide HIV testing.

HIV drug companies More can be done to market to seniors. For starters, include visuals of seniors living with HIV.

And finally seniors themselves. They have to know that HIV does not discriminate by age or gender. And as sexually active beings, only you can protect your body, not just from HIV but all sexually transmitted infections.

So, as we again recognize this awareness day, although some are becoming aware of the impact of HIV, we can be ‘WOKE’ more than we are. Only then are we in this together.