The Blue Wave Delivers as Promised on Election Day

While the dust has yet to fully settle from Tuesday’s midterm elections, it is now abundantly clear that the “blue wave” that had been predicted and presaged by a slew of Democratic special election victories and by broad popular discontent with the policies of President Trump and many of his fellow Republicans in Congress has indeed come to pass.

Starting with the topline news, Democrats have officially taken control of the House of Representatives for the first time since 2010, officially winning 225 seats as of Friday morning and with an estimated final total of around 230 seats, giving Democrats a solid, but not overwhelming, majority in the chamber. On the Senate side, Republicans have likely increased their majority, a result that is not unsurprising given the fact that there were 3 times as many incumbent Democrats up for re-election compared to their Republican counterparts. However, several recent developments have placed the GOP’s gains in the Senate in serious doubt, and there is a slim chance that the balance of power in the Senate could remain the same.

As of right now, there are 51 confirmed Republican Senators to 46 Democrats, with 3 races yet to be officially decided. In a stunning turn of events in Arizona, Democrat Kyrsten Sinema has just overtaken Republican Martha McSally by the slimmest of margins, leading by less than 10,000 votes as of Friday morning after being behind since the results first started coming in on Tuesday evening. Meanwhile, in Florida, Senator Bill Nelson appears to have found new life, going from what appeared to be a defeat at the hands of sitting Republican Governor Rick Scott to triggering an automatic, hand-counted recount. A special election has also been called in Mississippi as neither Republican Cindy Hyde-Smith or Democratic challenger Mike Espy reached the 50% threshold required by state law for victory.

At the state level, Democrats won 7 gubernatorial races in states that had previously been governed by Republicans. Among the more notable wins were Tony Evers’s victory over incumbent Governor Scott Walker in Wisconsin, the election of Jared Polis as the first openly gay governor in U.S. history in Colorado, and the stunning upset of immigration hardliner and noted voting-rights opponent Kris Kobach by Laura Kelly in Kansas. Rising political stars Andrew Gillum and Stacey Abrams are both trailing in their respective races in Florida and Georgia, but neither of them has given up the fight just yet. After initially conceding to his opponent Ron DeSantis on election night, the race has tightened to the point that Gillum is within the 0.5% threshold needed by Florida law to trigger an automatic machine recount, rendering Gillum’s concession both premature and moot. For her part, Abrams has at no point conceded in the aftermath of Tuesday’s election, declaring on Wednesday that, “there’s voices that are waiting to be heard” and preparing further legal action against the Kemp campaign for their attempts to suppress the vote.

Also of note is that ballot initiatives passed in three deep-red states — Nebraska, Idaho, and Utah — to expand Medicaid eligibility under the Affordable Care Act. This massive development, along with Governor-Elect Laura Kelly’s victory in Kansas, Janet Mills’s win in Maine’s governor’s race, and Tony Evers’s win in Wisconsin, means that in the near future the number of states that have expanded Medicaid could expand to as many as 39. The 2018 election has made it abundantly clear that health care is the most important issue for millions of voters and that, even in red states, people want to protect and expand Medicaid and demand that their politicians protect people living with pre-existing conditions. We would also be remiss if we didn’t mention the huge victory in Florida with the passage of Amendment 4, which will return the right to vote to 1.4 million people who have completed sentences for some felony convictions and who have been unjustly disenfranchised for far too long.

For more on how the fallout from the 2018 midterms will impact people living with and affected by HIV and the health care landscape in Washington and across the country over the next two years, be sure to check out our companion piece to this article and to check back regularly with AIDS United’s Policy Update. 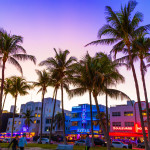 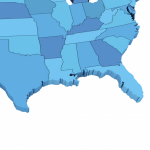