The last week was a snap shot of my life at it’s most active- I went to Florida for a speaking engagement (my wife partner and I discuss how we keep her HIV status as negative in our relationship, if you’re a newbie) and I was busy working on new music with my synthpop duo, Synthetic Division. Speaking of, we released a limited-time free downloadable EP on Valentine’s Day called Borrowed Time: The Remixes. 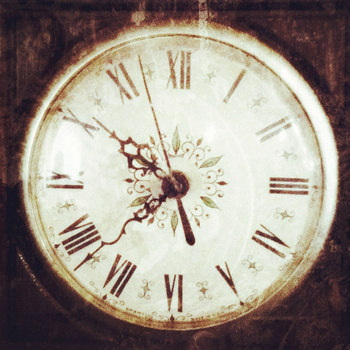 The EP contains 4 remixes of a song I wrote back in 2003. “Borrowed Time” really was a turning point for me in terms of songwriting. I’d overheard someone suggesting that I was on borrowed time due to my HIV status. I guess I internalized the comment because a couple months later I was writing a song about it.  The chorus of the song goes like this: “Am I borrowed time, do I have much left? Is it not sinking in, that I am checking out?”

Big thanks to The Lunarium and kuanes for hooking up the fabulous remixes of a song that holds a special place in my thinblooded heart.  And big thanks to <ahref=“http: twitter.com=”“ andydeane”=“”>Andy Deane for the cover photo.

About the tune... I wrote the song a few years after my HIV diagnosis was upgraded to an AIDS diagnosis in 1999. In July of ’99 I had 38 t-cells, but I started on HIV meds and played my first live gig as Synthetic Division in late September of the same year, thanks to the meds boosting my immune system back up. My new friends in C’ville welcomed me into the local underground goth/electro community and encouraged me to play shows- something I’d always wanted to do.  The sound of Borrowed Time was inspired by playing those live shows after regaining my health and, consequently, the energy to write new music.

Now it’s a decade later.  I’m still writing. Not playing out quite as often, and with my bum ankle I need to seriously consider how many shows I want to book later in the year when Synthetic Division releases a new album and plans a mini-tour on the East Coast.  But that’s months down the road. I’m not on borrowed time. I’ll still be here and I’ll deal with whatever comes my way.