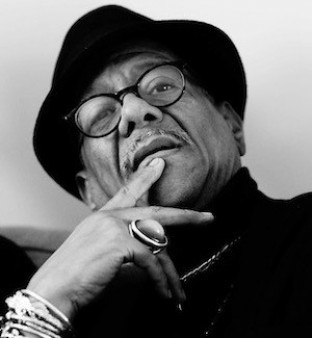 The Reverend Claude Bowen of the Silver Linings Project

How We Can Care for All Generations of HIV Leaders

As the Reverend Claude Bowen puts it: “Wounded healers can’t heal someone else.”

Reverend Claude Bowen is with the Silver Linings Project which is a program of THRIVE-SS (Turning HIV Resentments into Victories Everlasting–Support Services). His HIV Journey began in 1987, and at 72 years young, he shows no signs of letting HIV keep him from living his best fullest life. AIDS United had a chance to chat with him as we note National HIV/AIDS and Aging Awareness Day, held each September 18. In the conversation, we learned about his work—and also got insight about our own future with HIV.

Tell us a little bit about your background and your HIV journey.

I’ve been living with HIV for 33 years. I received my diagnosis over the phone. There were no protocols back then. I began this journey by myself because there was no support. It was so new in my community that the support I thought I would receive from the medical community I did not because caregivers did not have a lot of information that they needed. My community had not seen it as a risk because the narrative that we saw in the media to that point was that this was something only affecting White gay men.

Believing I had 24 months to live, I began to live with a gusto. I wanted to live, but I also started to cope and behave in ways that led to other health complications. I started using drugs thinking that I didn’t have a lot of time. I wouldn’t consider suicide, but I wanted to live it to the fullest and the best that I could. I was in the fast lane until I woke up and realized that even without treatment or a cure and while witnessing death weekly, there were many people surviving and thriving.

I wanted to live, but I found that Black and Brown people did not have a lot of current information and the channels of getting knowledge took longer than they do now. We were looking at each other for the answers. We found some answers and some theories that weren’t as healthy because they weren’t rooted in science.

The hope in that gave us courage to continue. I waited, and by 1996 when ARVs were less toxic and on the market, I started medication therapy.

What prompted you to make the leap into working in this field?

I got involved out of grief and disappointment. I didn’t initially want to be as involved as I became. Somewhere in those struggles that became ignited. I started off as a volunteer because my best friend disappeared in the late ’80s. When I found him again, it was a phone call telling me of his upcoming funeral. He had died of complications of the virus. The fact that he died isolated hurt me the most. I decided no one that I knew would die alone.

I volunteered at the Minority AIDS project. And then I worked there and got paid. As I became immersed in it, working with people who had the same struggles and mistrust of systems, [creating] a support system became a passion and I left a job at the post office in 1991 because the work became my passion. It was my job and it became my passion to educate people and link them to care.

Was there ever a time when you had to take a break?

In 2004, I went to Africa and took 10 days off, and no one could reach me or find me. At first, I was worried about the office and work piling up. But then I started to enjoy my trip and I realized I had not been taking care of myself. I resented going back to the office, and I knew I needed to take some time to evaluate. I initially felt like I was becoming a machine and that no one cared, and they kept putting more and more on me and that our efforts were not reaching our goals and what was the point? I had given up a career in the post office for HIV, my romantic relationship of 13 years ended. I was tired, and my spouse was gone, and I decided I could not do it anymore.

We had taken on this attitude that if we say no we are cheating someone. When you are overwhelmed you aren’t thinking logically. People didn’t know how to care or take care or support themselves. It was so new to all of us—the caring part. Doing the work, I could feel the energy and spirt of those who passed.

I say this often: “Wounded healers can’t heal someone else if you’re wounded.”

You’re 72 years young with no signs of slowing down in your work and life. How do you stay motivated in this work?

When someone of any age tells me or I hear them say that THRIVE or something you said made a difference, it’s like taking a vitamin. It energizes me. If one person heard it, then maybe another one will hear it. I can’t reach everyone, but I may reach some. I need to be whole and complete. I take care of me. I take time to unwind, relax and not isolate. I know when I’m going into isolation. I catch myself; I can build a support system to get honest feedback and a comfortable place to land. It’s essential.

Keep yourself on that list of priorities. You may not be a number one all the time but you’re on there still as a priority. I would say to you, encourage people your age and those behind you and me to listen to each other. Embrace each other. Respect and love each other. Lift each other up. I know it’s cute to watch Elektra on Pose with the “reading” and “shade” but stop for a minute. That comes from a place of survival and pain. We should not be shaming each other in this work or community, and we should not be making anyone feel like they are not welcome. We need to be mindful that we are the village and we make things happen and this is how we stop HIV together.