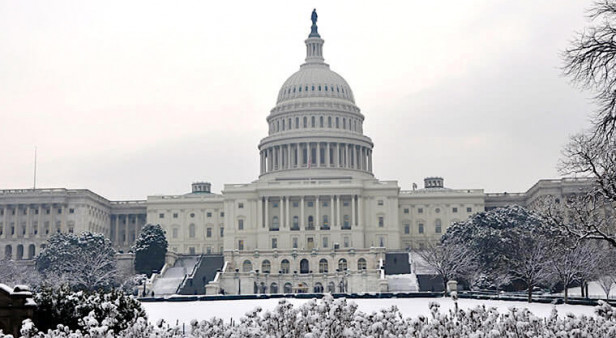 Can Congress Reach a Budget Deal by December 20?

Or will lawmakers face a government shutdown during the holidays?

Having just enacted a second continuing resolution (CR) to extend current government funding through December 20, Congress returned last week from its Thanksgiving holiday break for the final work period of 2019 and now face a major time crunch to reach a comprehensive spending package before the current CR ends. In a significant step forward, House Appropriations Chairwoman Nita Lowey (D-NY) and Senate Appropriations Chairman Richard Shelby (R-AL) announced a bipartisan agreement following months of stalled debates on how to divide $1.37 trillion in discretionary spending among the 12 annual funding bills for Fiscal Year (FY) 2020, allowing both parties to conference and potentially come to an agreement on a series of minibus bills.

While both House and Senate appropriators have reached the beginnings of an agreement, some lawmakers still remain unsure about whether they will be able to reach a budget deal by the Dec. 20 deadline due to ongoing the impeachment investigation and disputes around funding for President Trump’s proposed wall between the U.S and Mexico. Though Democratic and Republican leadership continue to say they want to complete a deal on FY20 spending ahead of their deadline, Senator Shelby (R-AL) has his doubts that all 12 bills could be finalized before Friday, December 20, saying, “that would be a monumental achievement to do that, and it would be hard.”

Congress now has less than two weeks to finalize negotiations and decide which spending bills can be finished this year and how many will be carried over into next year, including the Labor-HHS-Education spending bill, which includes funding for HIV/AIDS, and the Homeland Security bill, which contains money for the border wall. Some lawmakers, fearing the growing threat of another federal government shutdown before the holidays, are already eyeing another stopgap measure to give appropriators more time to reconcile their differences and keep U.S. government agencies open if lawmakers fail to do so. “If we don’t work something out toward the end of this week or the next 10 days after that…I think it’s inevitable we’re going to get a CR,” Shelby said. “We’re probably going to get one past maybe January and go from there.”

As we head into the homestretch for the year, AIDS United continues to call for a complete year-long spending package to fund the government for the entire fiscal year at the levels set by the House in their appropriations bills so agencies funding domestic HIV programs can strategically continue their work on the state, local, and community levels. If we are going accomplish our goal of ending the HIV epidemic, the increases in funding connected to the Ending the HIV Epidemic: A Plan for America and the HOPWA program, as well as the removal of language partially banning federal funding of syringe services programs must be implemented.

AIDS United will continue to work with allies in Congress and aligned organizations to ensure full funding for programs that support people living with and vulnerable to HIV, but your voice is needed. Check out our action alert and tell your elected representatives to prioritize HIV funding in 2020 appropriations bills so we may continue the vital work bringing us closer to ending the domestic epidemic within the decade!