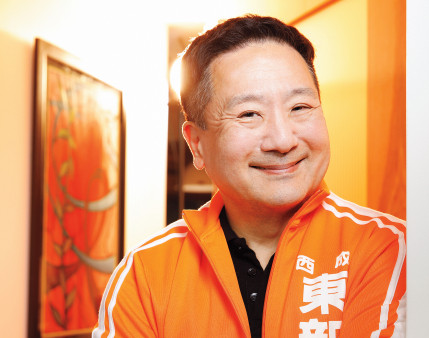 We Can End the HIV Epidemic by Working Together

As we begin the U.S. AIDS Conference, I am concerned about working with the current administration in the White House. But I want to end this epidemic.

In his State of the Union address President Trump announced a goal of ending the HIV epidemic by 2030. It’s a bold goal. And science says it can be done.

But fighting HIV is not all about science. It’s about people and all of their hangups, beliefs, doubts and fears. Overcoming all of the misconceptions, conspiracy theories, prejudices, stereotypes and ignorance is the real challenge of fighting HIV.

It’s been that way from the very beginning of the epidemic nearly 40 years ago. Fear and stigma drove much of the early response—or lack thereof—to HIV and continues to hamstring efforts to fight it now.

Consider this: Through pre-exposure prophylaxis, or PrEP, we have a viable tool to prevent HIV transmission in the form of a daily pill. But, while 75% of people currently using PrEP are gay white men, communities of color are bearing the largest burden of new HIV cases, particularly young African-American and Latinx gay men, transgender people, and African-American women.

Our biggest concern is that the federal plan will rely heavily on just prescribing medication without looking at what helps to drive HIV in these communities. We know that lack of access to and retention in care, unstable housing, mistrust of the medical community, fear of discrimination from health care providers, and stigma around HIV are what keep people from even getting tested, let alone seeking out prevention or treatment options. These are all factors that keep the epidemic moving.

My fear is that the plan will end the HIV epidemic in white America, but not in communities of color.

That is why we are stepping in to push for inclusion of these communities in all of the planning councils of the identified 57 jurisdictions and as paid professionals in the execution of their plans. The teams in each community must look like the epidemic in their area.

And that is what this year’s Unites States Conference on AIDS (USCA), opening in DC today, September 5, is meant to do. We are bringing together 3,000 advocates, activists, educators and providers to meet, network and learn from each other about how to reach these communities effectively.

At the same time, we are including all of the major government leaders of the federal plan to end the epidemic, including CDC Director Dr. Robert Redfield, to speak, answer questions, and, hopefully, bring much-needed clarity to the plan, while hearing directly from the community about their fears and concerns.

It’s imperative that these two sides— community and government—work together for this plan to succeed. That’s not an easy ask. Both sides are wary of each other with many scars inflicted over the years and many legitimate concerns.

But, if we’re to see an end to the epidemic, we need to overcome those barriers and work together for the benefit of everyone.

I know that won’t be easy. I am constantly torn about the concerns people in our communities—including myself—have about working with the current administration.

But I want to end this epidemic. And passing up this opportunity means another 40,000 new infections each year for the foreseeable future. I can’t abide that. So, I’m willing to work with this administration AND continue to express my concerns when I think things aren’t going as they should.

It’s a real tightrope. But it’s one we are going to need to walk to make this plan work. And for the millions of Americans still at great risk for HIV, I’m committed to walking it.

But I’m not working to end the epidemic just for them. I want to end it for the more than 650,000 Americans who have died from AIDS-related complications.

I’ve been in this fight for more than 30 years. I carry the memories of a lot of wonderful people with me every day—funny, lovely, wonderful people. They are the reasons I have stayed with this cause for so long. And it’s why I’ve chosen to walk that tightrope.

We are about to attempt something that’s never been done before: end an epidemic without a fully realized cure or vaccine. It will take all of us working together to ensure that it happens not just for one community but for all Americans.