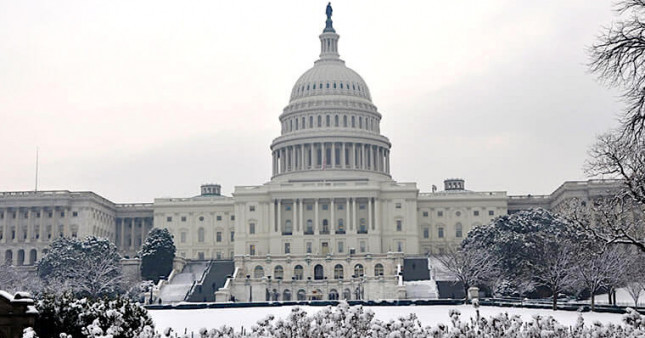 What Can HIV Advocates Expect With the New U.S. Congress?

Instead of defending HIV programs from attack, we can make gains on issues like health care access and drug pricing reform.

While there is still plenty that is left to be done over the next few weeks during the Lame Duck session of Congress, it is hard for HIV and health care advocates not to look past the imminent back-and-forth’s over federal spending for the current fiscal year toward the new legislative opportunities that may present themselves next year. After the materialization of the much-hyped “blue wave” in the 2018 midterm election the composition of the 116th Congress will be considerably altered from its present form.

With Democrats flipping at least 36 seats and gaining control of the House for the first time since 2010, the Congressional power dynamics have substantially shifted in a way that will enable HIV advocates to spend less of their energy doggedly defending the Affordable Care Act and other existing programs that benefit people living with and affected by HIV, and spend more energy pushing for much needed reforms. In the 116th Congress, it is reasonable to expect the HIV advocacy community to galvanize around issues like health care accessibility, LGBTQ rights, drug pricing reforms, decriminalization of HIV and drug use, and protections for immigrant populations, among others.

The fate of many of these issues will invariably lie in the hands of the new Congressional leadership for the Democratic and Republican Parties and, after this week, we have a much clearer picture of who those leaders will be. In the Senate, Majority Leader Mitch McConnell (R-KY) and Minority Leader Chuck Schumer (D-NY) were re-elected to their posts along with the vast majority of their Senate leadership staff colleagues. One large exception is Sen. John Thune’s (R-SD) replacement of Sen. John Cornyn (R-TX) as Majority WHIP, as the Texan was term limited as the GOP’s second in command.

Democrats will wait until after the Thanksgiving break to hold their leadership elections, but most of the major races are foregone conclusions. As we mentioned last week in our post-election analysis, Rep. Nancy Pelosi (D-CA-12) seems likely to win another term as Speaker of the House, despite being the Republican Party’s favorite national target and being publicly disavowed by several House Democrats in competitive races this year. However, while her popularity may be in question, Rep. Pelosi’s track record as Speaker is not. During her time as Speaker, Pelosi oversaw the passage of the Affordable Care Act with a public option (the public option was stripped in the Senate), the Lily Ledbetter Fair Pay Act, reauthorization of the Ryan White Care Act and the Children’s Health Insurance Program, and the repeal of the U.S. military’s Don’t Ask, Don’t Tell policy, among others.

On the other side of the aisle, the Republican Party held their party leadership elections this week and there were few surprises. As was expected, Rep. Kevin McCarthy (R-CA-23) was named minority leader after fending off a challenge from the Freedom Caucus’s Rep. Jim Jordan (R-OH-4), while Rep. Steve Scalise (R-LA-1) was elected Minority WHIP. The only major change in House GOP leadership was the election of Rep. Liz Cheney (R-WY-AL) as the House Republican conference chair, replacing the more moderate Rep. Cathy McMorris-Rodgers (R-WA-5).

For more on how the shifting power dynamics in Congress will impact people living with and affected by HIV and the health care landscape in Washington and across the country over the next two years, be sure to check back regularly with AIDS United’s Policy Update.