Can We Trust the CDC?

The politicization of the nation’s health protection agency leaves those of us living with HIV wondering who to believe.

The HIV community has always had a mixed relationship with the Centers for Disease Control and Prevention (CDC), the Food and Drug Administration, the White House and other federal agencies.

While we know that evidence should lead decision-making, the reality is that anti-LGBTQ and partisan bias creep into the decision-making process far too frequently. We have fought to expose these biases for nearly 40 years.

We have made progress, but those gains are in danger. The federal government is once again allowing partisan bias to take priority over science.

We saw this explode in spectacular fashion last week between President Donald Trump and Dr. Robert Redfield, the head of the CDC.

Redfield said in a recent congressional hearing that a coronavirus vaccine might not be widely available until next year. He also said it is not yet known how well any vaccine will work, but we do know face masks are an extremely effective way of preventing the virus’ spread.

Trump was quick to contradict him, saying, “I believe he was confused.”

This is not the only example.

The Morbidity and Mortality Weekly Report is a weekly digest of the week’s epidemiological news. The CDC has published it for 90 years.

In the weekly report for June 5, 1981, the CDC documented what would become known as the earliest identified cases of HIV in the United States. The CDC issued another weekly report on July 3, 1981, documenting more cases. And another on Aug. 28, 1981.

These weekly reports are seen as the “holiest of the holy” health reports. They are relied upon across the medical and scientific community to be the preeminent source for the most accurate and up-to-date information, devoid of politics.

That’s why it was so shocking to learn that Trump officials, led by the politically appointed spokesperson of the Department of Health and Human Services — who has no medical or scientific background — “demanded and received” the ability to review and edit these scientific reports.

Then the CDC released in August a recommendation that coronavirus tests only be given to those with symptoms, ignoring those who had been exposed to the virus but didn’t show symptoms.

Reporting last week from The New York Times shows that the typical CDC review process was ignored for this guidance.

Adm. Brett Giroir told The New York Times that the guidance was reviewed by the White House Coronavirus Task Force and presented to Vice President Mike Pence. While there are several respected scientists on that task force, including Dr. Anthony Fauci, the recommendations did not go through the CDC’s scientific review process.

HIV advocates have to wonder, if political appointees are willing to interfere in the science related to COVID, how can the HIV community trust that similar intrusions are not happening around HIV? 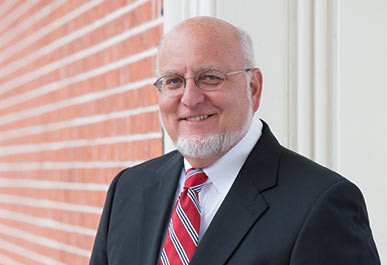 Redfield — the head of the CDC, a Trump appointee and a member of the White House Coronavirus Task Force — spoke at AIDSWatch in Spring 2019. AIDSWatch is the largest, constituent-based, federal HIV advocacy event in the country. He attended to pitch the Trump administration’s plan to end the HIV epidemic.

During his speech, Redfield asked HIV advocates to cast aside any doubts the community has about the Trump administration’s plans to end the HIV epidemic. He called on the community to “have the courage to maintain their skepticism and be willing to work with us to get this done.”

Even though the HIV community knows the president’s program and policy agenda are at odds, advocates still went to Congress to support the plan. Advocates asked Democratic members to put aside their partisan differences to support the Trump administration in this effort. At the same time, advocates were telling Republican members about the need to invest in federal health care spending even as many of them wanted to destroy the Affordable Care Act.

These efforts were made with a baseline level of trust that the evidence would lead HIV-related decisions at HHS, the CDC and the FDA.

The country’s ability to weather the COVID-19 pandemic is rooted in our trust that decisions are being made based on the best scientific evidence. The recent erosion of the wall between science and politics at these agencies also erodes the HIV community’s trust in these agencies.

This situation is completely unacceptable.