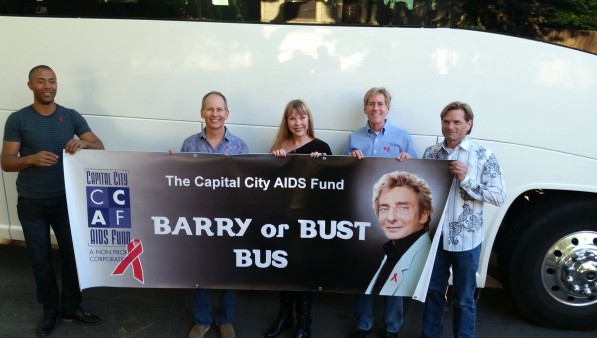 For one thing, the iconic entertainer helped us earn funds to build an HIV/AIDS clinic.

Who doesn’t love some Barry Manilow! Capital City AIDS Fund (CCAF) is a big fan — and has been for years. His generosity to the HIV/AIDS community in Sacramento, California, has been huge.

Back in the early 1990s, the entertainer was contacted by CCAF Board Member Ted Ross, who at the time was not involved with any HIV/AIDS agencies but wanted to raise money for the community. Ted held the biggest single fundraiser ever for the Sacramento HIV/AIDS community by contacting, coaxing and wooing Manilow to perform. The show raised $160,000 for HIV/AIDS services in our region.

Then, not long ago, it was one last tour and Manilow was coming back to Sacramento. Because of the wonderful working relationship Ted and Manilow’s manager had developed, CCAF gets a call. Actually, Ted gets the call. Manilow was giving us thirty free front-row tickets to his upcoming Sacramento concert. 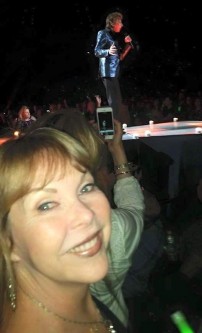 Psyched, we reach out to HIV-positive people who might not otherwise be able to attend and we invited them. We also gave tickets to board members and friends. With thirty people booked to go, CCAF decided to hire a bus. What a grand way for all of us to head out and see Barry Manilow in concert!

We made news with our Barry Bus. And when we arrived at the concert arena, people ran up to bus — thinking we had Barry Manilow with us! But we didn’t. It was just us. And a crazy bunch we turned into.

Give happy people free booze, free Barry Manilow tickets, and a free ride and you’ll have a cocktail of crazy fun. Before I knew it, one of my board members was literally being stuffed into an overhead storage bin. And he was small enough to fit! The bus roared, and I laughed till I nearly cried.

One thing CCAF has embraced is fun. Working with HIV/AIDS is far from easy. I’ve had a baby die in my arms. The work is beyond difficult. For all of us. So, if there’s an opportunity to laugh, we seize the moment.

Now, back to the Manilow bus and show. The concert was magnificent. Because of Manilow, CCAF was able to give people a gift that’s talked about to this day. We had a blast.

By the way, funds from that first big Manilow concert were used to help build an HIV/AIDS clinic that provided one-stop shopping for a person living with HIV/AIDS. In other words, medical, pharmaceutical, dental—all under one roof.

It was called the CARES Community Clinic. As TV people, Ted and I profiled the clinic in an HIV/AIDS documentary we produced. When you do God’s work, I guess God notices. The half-hour documentary received an Emmy Award. 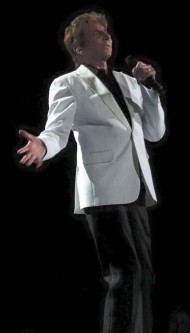