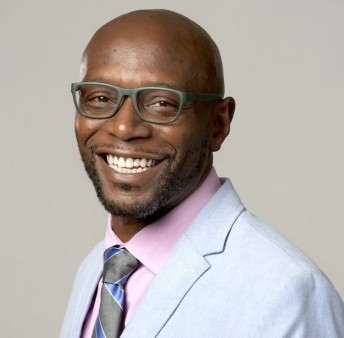 Expand the fight, nurture the front line, measure our performance—and stay the course.

The following is a guest post by Kevin Jones, executive director of The Urban Coalition for HIV/AIDS Prevention Services, regarding the 2018 National Black HIV/AIDS Awareness Day (NBHAAD), marked Wednesday, February 7.

HIV/AIDS remains a significant problem and continues to disproportionately impact the African diaspora. Black people living in U.S. Southern states — those infamous localities for the involuntary servitude of Africans, the lynching of Black bodies, and Jim Crow laws restricting Black opportunity and advancement — make up 44% of people living with HIV and 54% of those newly infected. When the President of the United States (allegedly) labels the ancestral homes of Black people as “shit-hole countries” and declares that all Haitians “have AIDS,” the directive of the 2018 National Black HIV/AIDS Awareness Day (NBHAAD) theme is clear: “Stay the Course, the Fight Is Not Over!”

Throughout the United States there has been greater attention placed on the lived experiences of African Americans, Afro-Latinos and other Africans living in the United States, especially in our pursuits of justice related to police violence and interactions; educational and workforce opportunities; access to health care; and citizenship. Our organizing and mobilization with Black Lives Matter, the Women’s March and the March for Science allows us to publicly speak against these injustices and nurture efforts that assert HIV prevention and treatment as a right.

In fact, all HIV/AIDS, civil rights, and justice organizations must assert that Black people have the right to “life, liberty and the pursuit of happiness,” along with living HIV free. This requires a collective will that is able to recognize root injustices and engage in sustained dialogue and actions that interrupt the status quo. No longer can this fight be viewed as the sole responsibility of local health departments, community organizations and people living with HIV. Public and private schools, religious institutions, business leaders and other influencers must learn, promote, and, if applicable, use the latest advancements in HIV prevention and treatment, including PrEP for HIV-negative individuals and the gospel of Undetectable = Untransmittable. Highlighting individuals and organizations operating in these spaces of engagement will help inform cross-sector partnerships that equip communities with the tools and resources to do this work effectively and efficiently.

As with any campaign for justice, it is important to nurture those individuals and organizations on the front line — including those living with HIV, those in communities disproportionately affected by it, and those organizations that use their resources to fight against it. By keeping these individuals and organizations healthy, they are in ready-position to provide support. National organizations can set an example for local organizations by addressing racial and gender equity and developing campaigns that identify and highlight the needs of front line staff workers — whether it is guidance for employers to maximize employee assistance benefits, saving and investing in retirement accounts, or ensuring avenues for skill development in transferrable areas (e.g. medical coding, data collection, or phlebotomy). Black unemployment, especially when compared to White unemployment, is unacceptably high.

Knowing if our efforts are making a difference is important for designing strategies to end HIV and promote justice in Black communities. The National HIV/AIDS Strategy (NHAS) offers a data-guided approach for key actions and measuring impact in the local and national context. The NHAS milestones and indicators can also inspire our tracking of other indicators and data points that describe mobilization efforts, membership dynamics, and engagement around policy. By participating in these activities, we are better able to identify collective approaches that successfully work in Black communities. Occupying this space also allows UCHAPS and others to sustain their operations, resources and passion to do even more.

Stay the Course; the Fight Is Not Over

In 1926, Carter G. Woodson started Negro History Week, which is now celebrated throughout the entire month of February (and yearly for some). It’s a reminder of the great contributions and struggles faced by Black people in the United States and throughout the world. Similarly, NBHAAD provides an opportunity to unite our contemporary fight against HIV within this rich historical legacy for recognition, freedom and liberation. Today, UCHAPS encourages everyone to expand the fight, nurture the frontline and measure our performance to help end HIV, protect Dreamers and DACA, fight against police brutality, create Black wealth, and achieve political liberation.

Stay the course. The fight is not over.