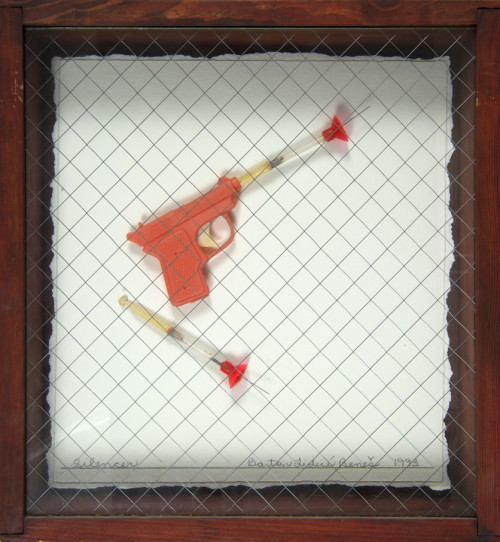 To accompany the exhibit, Croft and Mones produced a 116-page catalog that features essays from activists and community members fighting HIV criminalization. In the following excerpt, Croft and Mones explain the intent behind their thought-provoking exhibit.

Who counts and who gets counted?

This question is at the heart of Cell Count, an exhibition that seeks to understand HIV criminalization in a long history of medically sanctioned violence and incarceration in the United States. While the title suggests an affinity between biomedical metrics (CD4 counts, viral loads) and systems of surveillance, policing, and incarceration, Cell Count hopes to make clear the deep incommensurability of health and criminalization.

Discussions about HIV criminalization are complex, often tinged with fear and stigma, obscured by murky ethical questions, and framed with references to prevention and public health outcomes. Cell Count begins with the understanding that HIV criminalization is inherently harmful, exacerbates the conditions that sustain the epidemic, and hinders honest and difficult conversations about the ethics of disclosure. In both the exhibition and this publication, we have sought to attend to the implicit and explicit evaluations that structure our understandings of justice, ethics, and harm.

The exhibition brings together artists who grapple with the discursive and material histories that underpin contemporary HIV criminalization in order to unpack and reconfigure the metaphors and assumptions that enable the incarceration and punishment of people living with HIV. The rhetorical maneuvers that characterize HIV-positive bodies as weapons are interrogated while questions of harm are reframed and reconsidered from the perspective of people living with HIV.

Seeking to place HIV criminalization in a broader context, Cell Count suggests that these laws are not unique to the AIDS epidemic but instead echo a long history of medically sanctioned violence and incarceration in the United States. Drawing together nineteenth century experiments on enslaved women, the medicalization of homosexuality, and the Tuskegee Syphilis Study with the emergence of HIV-specific criminal statutes, Cell Count asks us to consider how medicine has been complicit with systems of surveillance and incarceration.

In conceptualizing Cell Count, we have tried to straddle the divergent but interrelated projects of political activism and curation. This publication has played a key role in the development of the project, as a way for us to include some of the voices of the many activists and scholars who have been working against HIV criminalization since its beginning.

While we strongly believe that the work included in the exhibition bears its own political potency, it is also necessary to highlight and make space for the slow, hard work of legislative reform, movement building, and social change. We hope this book helps to explicate some of the thinking that is implicit in the gallery, clarifying the real and serious stakes at hand.

The exhibition runs through June 16 and features several programs in the exhibit space:

An evening of performances by Timothy DuWhite and Jordan Arseneault with Mikiki reframing narratives of desire and criminalization.

With Kate Boulton of the Center for HIV Law and Policy, Kenyon Farrow of TheBody.com, Abdul-Aliy Muhammad of the Black and Brown Workers Collective and Robert Suttle of the Sero Project.

To celebrate the culmination of Cell Count, curators Kyle Croft and Asher Mones will lead a tour of the exhibition with artists M. Lamar, Alexander McClelland, Muhjah Shakir, PhD, and Chris E. Vargas. 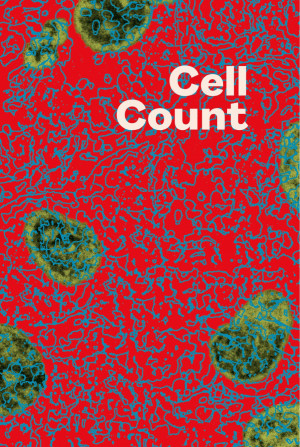