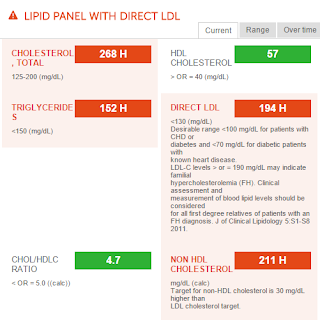 So recently I had a lipid profile ran during my latest rounds of lab draws, and in the results found some of my panels to be a tad elevated. My cholesterol levels were at 268, while my Direct LDL was 194. I’ve personally never had any issues with lipids until now. So as we dive into this situation more, I want to unravel the chaos that can come from having multiple chronic illnesses that effect other illnesses and their treatments. I need to stress before we get started, my elevated lipid levels are a direct side effect of taking HIV medication for over 20 years, not so much diet. I allow myself a splurge day once a week, but beyond that, I actually don’t eat too unhealthy.

My family doctor placed me on a fish oil supplement and 10mg Atorvastatin or “Lipitor” for short. But there’s a huge problem with statins in the realm of HIV medication. Turns out a protease inhibitor that I’ve been taking since 2005 called Reyataz boosts the levels of Atorvastatin in my bloodstream, and my CVS Specialty pharmacist pretty much demanded me stop taking the statin ASAP due to the drug interference from the HIV anti-viral. 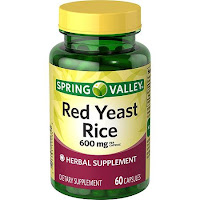 So with this knowledge, and no longer being able to take lipitor to treat my elevated cholesterol levels, I resorted to a possible herbal remedy that possibly could work. A friend of mine told me about red yeast rice (RYR), and how it’s a naturally occurring statin in herbal pill form. Thinking this would be the the possible treatment I needed, I went out and purchased some capsules from my local drug store, and started taking them. But then it dawned on me, what if, perhaps all statins would interfere with my HIV medication?

I found the answer on page 3 of an article on WebMD that gave me the answer. “In addition, anyone taking one of the following medicines should not use red yeast rice: Protease inhibitors, used to treat HIV.” So out of the gate, I’m sort of stuck between a rock and a hard place. RYR may be good for hemophiliacs in general, but for HIV patients on protease inhibitors, there is a drug interaction in which the statin level is boosted, and depending on dosing, could be boosted to unsafe levels.

Now this brings me back to my fish oil supplement. Though fish oil has no direct interactions with any facet of HIV disease, I was told by both my hematologist and pharmacist that the extract does interfere with hemophilia bleeding disorders. It has been documented that prolonged exposure to fish oil in hemophiliacs leads to increased bleeding episodes and possible spontaneous joint/muscle bleeds. LiveStrong.com reports, “Fish oil supplements should also be used with caution by people with hemophilia because they could trigger a severe or life-threatening bleeding episode.”

So my problem, and question to not only the hemophilia community, but the HIV family as well, if you have elevated lipids caused by the medications you take for HIV, how are you treating it? Even though my numbers aren’t astronomically high, they are elevated enough for me to seek treatment and educate myself in this new world of cholesterol and statins. Any help would be greatly appreciated.