Waking up in a wonderful Borgata hotel room the morning of the show.

Choreographing My Next Step in Life

I didn’t realize how much HIV stigma affected me, until I got a golden career opportunity.

The tide in the Provincetown Bay is low, and the gusts of late summer wind create a toughness in water. I’m sipping my New Orleans-style cold brew at my favorite spot by the window at Kohi coffee shop. It’s a perfect little café on the beach and a perfect place to sit and write.

There’s a calmness around town that is a nice breather from the craziness of Carnival Week, a themed week in the Cape where there’s a parade and everyone dresses up. There’s history around Carnival that I won’t dive into, but it’s all really cool.

My blogs have been very positive lately (pun intended, or not) and I’d like to keep it that way for now. The last entry talked about the debut of Jenny Craigslist, my drag persona. It was wonderful and everything I could’ve hoped for. I was feeling so powerful even days after the show.

That weekend in late February 2016, I was booked in Atlantic City to choreograph and dance in a show with drag legend Sherry Vine plus Katya, Ginger Minj and Pandora Boxx from RuPaul’s Drag Race. This was a really great chance to show what I had to offer as an artist. I was five months sober and feeling more serene than I ever had. My life was opening up.

We arrived in A.C. via a private, comfy bus that took us to the Borgata Casino and resort. We checked in and made our way to the ball conference rooms for rehearsal. I was so nervous to work with the producer again because I had screwed up in 2013, in the middle of my drug use.

The time leading up to the performance—Friday evening rehearsal and day of—was stressful and taxing on our dancer bodies and minds. It was also a great chance to grow and gain experience. I was forced to think, and I also questioned myself a lot. Did they like what I was delivering? Was my work up to par? 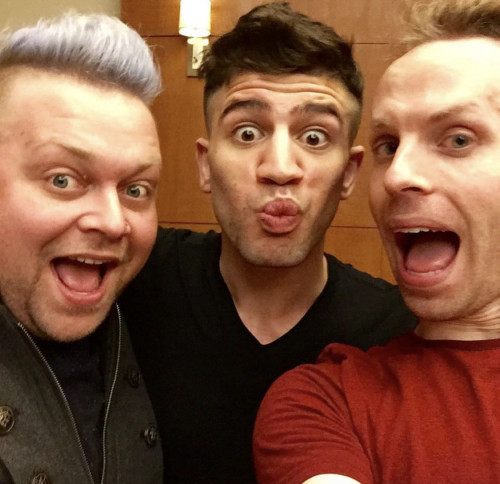 About thirty minutes before we wrapped rehearsal that Friday night, David (the producer) said he needed to speak to me. My heart sank, and I continued working through the numbers with minor panic in my mind. What did he need to speak to me about?

We finished rehearsal, and on the way out, he pulled me aside. I took a deep breath—here it goes—and listened to what he had to say.

“You’ve heard about the Battle of the Seasons tour, yes?”

“Of course,” I responded.

“Well, I’m really impressed with the work you’ve done. Everything looks great, and I’d like to offer you the position of dancer and choreographer on the tour if that’s something you’d be interested in.”

I felt my shoulders relax, and I took a breath. I was flabbergasted. Me? On a tour? I needed someone to pinch me because I was definitely dreaming.

If I can be completely transparent, I had no idea that people wanted me. Even with the Huffington Post profile and the HIV Smart campaign, plus my sobriety and such, I still harbored so much distrust. I was still traumatized by the rejection and stigma from being HIV positive. I had abandonment issues deeper than the ocean, and yet life was bringing me gifts of belonging and reassurance. 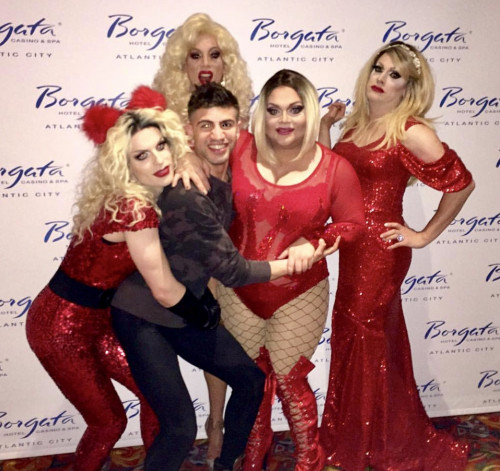 After a great performance, we shared some family love: Katya, Sherry, me, Ginger & Pandora

Being on tour with Drag Race girls would give me a platform far beyond anything I was yet to imagine. SO much beauty was about to enter my life.

All I could do was take a deep breath and tell David (and the universe) that “Yes, I’m very interested.”