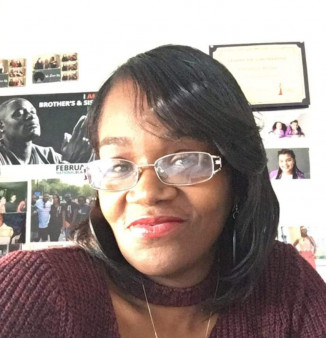 Chunnika L. Hodges: “What Does U=U Mean to You? Astounding!”

In this U=U community blog, Chunnika L. Hodges shares her experience with U=U and how the message gives her hope. Chunnika is a member of PWN-USA and is the Michigan State lead.

To give some background on why I say I was astounded when I learned about U=U. It started right after my diagnosis of HIV. I started researching HIV and my diagnosis & prognosis. I was diagnosed during my pregnancy and after giving birth (6 months later) I was able to come off the medication and just be monitored every 6 months. After 2 years of this, I started researching the phrase, treatment-naive patients (which means person diagnosed w/HIV and that has never taken an HIV treatment regimen) when describing HIV treatment & care. 15 years later I am still medication free. Most of the research I came across in this topic was technical jargon (I am not a medical scientist) until I came across this article that clearly spoke about a group of people living with HIV and the research studies that came behind it. I stopped speaking on this topic with my medical care team, community advocates, etc.

I knew then this was something too BIG for them to wrap their heads around. Plus, this message went against the normal messaging when it came to HIV treatment and care. I left the topic alone up until I heard Bruce Richman speak on a webinar in 2015 or 2016. With this message, I kind of felt left out because I DO NOT TAKE MEDICATION, I AM AN ELITE CONTROLLER (which is a whole other topic).

U=U is a term most not familiar with other than the community that represents this message. In 2014 or 2015 was the first time I heard these words (other than when I mutter them to myself) was from a tall handsome white guy named Bruce Richman through one of my fellow colleagues in HIV advocacy (I can’t remember whom) during a webinar with him and Dr, Anthony Fauci.

The information explaining U=U was astounding! I was excited to see this information finally becoming public knowledge!!! Yes, this is a campaign that was created to educate by also give People Living with HIV a sexual liberation! For those that have an Undetectable Viral load, the U=U message gives hope, provides education on the new advances of HIV treatment & care, but we cannot forget about those individuals in our community that will or may never REACH AN UNDETECTABLE STATUS. We have to include them!!

But for me, U=U means I cannot be penalized for living with HIV. Science has finally caught up with the laws (some, not all). I can be guilt-free when having a One-Night stand and disclosure did not take place (one reason I knew I was not going to see that person again, ever!!!). But then again that leaves the MORAL question of DO I? or DON’T I disclose my status in certain situations? I say that is a personal choice for each individual, but just remember YOU ONCE WERE IN THAT PERSON SHOES!!!