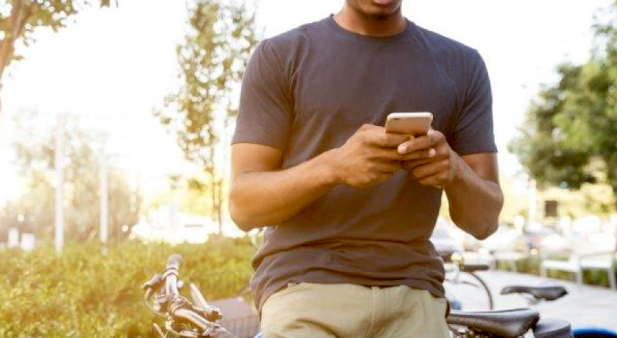 “I’m clean. U B 2”—How Dating App Chats Can Go From RudeAF to NiceAF

With your help, a campaign including POZ Personals will make dating apps nicer for all. Check out these sample screenshots!

The following post is from Tony Taylor, a project manager at Building Healthy Online Communities, a consortium of public health leaders and gay dating website and app owners—including POZ Personals—who are working together to support HIV and STI prevention online. 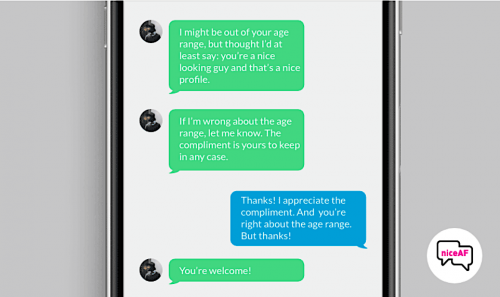 What do you say to a guy on a dating app when you’re not into him? How would you want to be told that he’s not into you?

We know that chatting with guys on a dating app can be hit or miss. And the pressure can be higher for those of us living with HIV. One of the most hurtful phrases to read in a dating profile is, “I’m clean - U B 2,” as if living with HIV is somehow dirty. And if you’ve ever been rudely rejected by someone or felt lesser-than by reading “no fats, no femmes, white guys only — just a preference,” then you also understand just how hurtful the power of “preference” can be.

We’re determined to #StopHIVStigma and other stigmas that are prevalent in online dating culture. Regardless of your age, race, body type, HIV status or gender identity, or what you like to do in or out of bed—dating apps should be fun, welcoming places for everyone.

NiceAF.org is an online campaign where dating app users can post real-life stories to share with others about the best ways to be, well, nice as fuck.

We’re looking for your best online dating stories. Submit a video telling us how you’ve dealt with an insult and risen above it to keep your own online experience a better one. 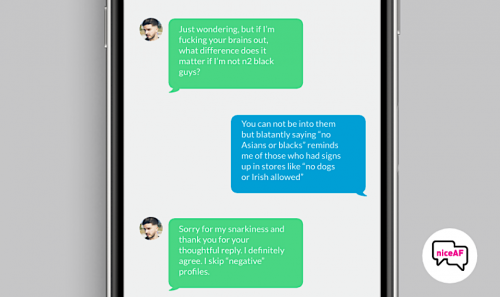 You can also submit a screenshot of an interaction, such as the ones included in this post. Don’t worry: we won’t publish the screenshot itself. We will protect your identity, the identity of the person you chatted with, and not reveal which app the dialogue took place on. (We’re also asking you not to say which site you were on, to not have the sites identified.)

“At times I really wanted to respond with, ‘You’re a moron’ and then block them. But it feels better, and is more productive, to send them the uequalsu.org website with a couple of hearts [emojis]. It’s kinder, I feel better, it puts out positive energy to the world and hopefully it educates them.”

NiceAF is a first-ever team effort of five dating apps and sites (Adam4Adam, Daddyhunt, Grindr, GROWLr, and POZ Personals) working with Building Healthy Online Communities (BHOC), a consortium of HIV and STD organizations. Together, we’re all committed to making our online communities more welcoming with the NiceAF.org campaign. 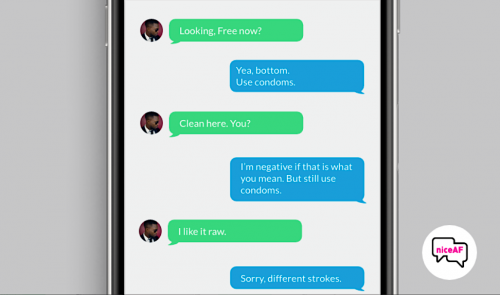 Jen Hecht, BHOC’s director, added, “There’s more and more evidence that when we treat each other badly within the community, it can be even more harmful than when people outside the community insult us.”

“There’s no reason you can’t find what you want without making everyone else feel terrible,” said Dan Wohlfeiler, BHOC’s co-founder.

Chime in! Let us know how you turned around a hurtful interaction. Send us a video or screenshot detailing a dating app experience that turned out nice AF.

POZ Poll: Have you ever been treated rudely on dating apps?

I don’t use dating apps.