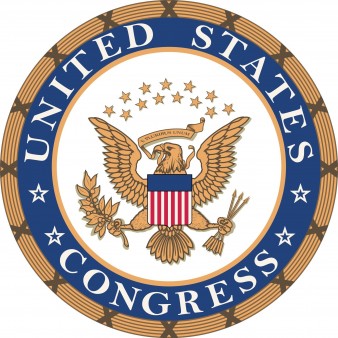 Updates on the REPEAL HIV Discrimination Act, the Stop AIDS in Prison Act and the latest efforts to derail Obamacare

Congress Leaves Washington Without Progress on Health and HIV Issues

Congress wraps up more than six weeks of grueling legislative business for a two-week recess. Over the recess members will observe the Easter and Passover holidays, reconnect with their families and constituents in their districts, and may answer to constituents back home for the stalled policies of each chamber. While both the House and Senate have taken on numerous legislative efforts over the course of the past six weeks, much remains undone, including funding the government beyond April 28th when the current funding resolution ends along with the GOP efforts to repeal and replace the Affordable Care Act (ACA). In the only successful major legislative action for Republicans, the Senate confirmed President Trump’s pick, Neil Gorsuch, for the Supreme Court of the United States.

Efforts to Repeal and Replace Obamacare

As previously reported, efforts by Republicans in Congress to repeal and replace the ACA have faced extremely stiff resistance. The first effort to do so, the American Health Care Act (AHCA), was withdrawn from a possible floor vote on March 23rd after it became clear that Republicans couldn’t garner the votes needed to pass the measure. AHCA therefore remains bottled up in the Rules Committee and could be permanently tabled. This week, following what has been widely touted as a major legislative failure, the White House began a series of meetings headed by Vice President Mike Pence to revive the repeal effort. After meetings with GOP conservatives and moderates, no agreement was reached and negotiations appeared to halt on April 5th.

Proposals that surfaced publicly in the negotiations trended towards increasingly conservative ideas, including allowing states to waive “essential health benefit” requirements that determine the minimum level of health coverage under the ACA and changing “community rating” requirements limiting how much insurers may vary their prices for a limited number of reasons, such as smoking status and age. Elimination of community ratings would allow insurers to charge much higher premiums. AIDS United strongly opposes such provisions.

At the same time, it has been reported in the Washington Post that Republican leadership added an amendment to the AHCA legislation in the Rules Committee that would create “a federal insurance pool for those with serious and expensive medical conditions such as cancer, congestive heart failure, and HIV/AIDS. The fund is intended to subsidize coverage for patients with those serious preexisting conditions to lower premiums for healthier patients.” AIDS United contends that high risk pools have never appropriately worked for people living with HIV since coverage in risk pools is often extremely expensive. In addition limits on coverage may leave people living with HIV without needed medications or care. Finally, risk pools have often been underfunded leading to wait lists on those eligible to enter the risk pool. For that reason, AIDS United will likely oppose any bill that emerges in which people living with HIV are relegated to risk pools.

What Happens If Repeal Fails?

If an outright repeal of the ACA ultimately fails, as now seems likely, AIDS United will continue to monitor other health care legislation since components of the various repeal efforts could emerge in those bills. We will fight against the repeal of Medicaid expansion in particular. The Children’s Health Insurance Program (CHIP), which must be reauthorized this year, is one possible vehicle for amendments to repeal or change the ACA. Additionally, AIDS United will also fight efforts by the Administration to undermine either Medicaid expansion or state health care marketplaces through the Administration’s rulemaking ability. We will be taking careful stock of any proposed state waivers to the Medicaid program that might seek to create work requirements for eligible people, create drug testing requirements, or require that eligible people pay premiums regardless of their financial ability.

On Thursday, the Senate used the “nuclear” option on the nomination of Neil Gorsuch for a seat on the U.S. Supreme Court by eliminating the filibuster for Supreme Court nominations. The partisan vote to change the Senate rules to allow Supreme Court nominations to progress by a simple majority vote, rather than meeting the 60-vote filibuster threshold, upends a century of tradition that ultimately defined the senate against the less deliberative House. Following the rule change, the Senate voted 54-45 to confirm Gorsuch who will be seated on the court immediately. The vote maintains conservative control of the court with 5 votes and effectively leaves the conservative Justice Anthony Kennedy as the center vote.

Legislative Efforts to End the Epidemic

While much of the Congress has been locked in a partisan battle, Representatives Barbara Lee (D-CA) and Ileana Ros-Lehtinen (R-FL) reintroduced the REPEAL HIV Discrimination Act (H.R. 1739) to coincide with AIDSWatch on March 27th. The bill attracted over 30 co-sponsors. The REPEAL Act is “no cost” legislation that requires the Attorney General, the Secretary of Health and Human Services, and the Secretary of Defense to work with state stakeholders such as public health officials and people living with HIV to review laws, policies, and cases that impose criminal liability on people living with HIV. The agencies would be required to develop a set of best practices for the treatment of HIV in criminal and civil commitment cases; issue guidance to states based on those best practices; and monitor whether/how states change policies consistent with that guidance.

Representative Maxine Waters (D-CA), also reintroduced the Stop AIDS in Prison Act (H.R. 1882) on April 4th. This bill requires the Federal Bureau of Prisons to develop a comprehensive policy to provide HIV/AIDS prevention, testing, and treatment for people incarcerated in federal prisons. The bill has 33 original cosponsors. AIDS United supports both the REPEAL Act and Stop AIDS in Prison Act.

With so much critical legislative action at stake, HIV advocates must remain vigilant during the upcoming two-week congressional recess. Congressional leaders’ must be held accountable to responsibly fund the federal government and move beyond their tendency to wait until the last minute to seek consensus on major spending packages that have dramatic impacts on the lives over every American. They must move beyond the partisan politics that call for repeal of the ACA, and instead seek common sense and common ground efforts to improve access an affordability in health care. They must hear from each of us about how their decision impact out health and wellness.