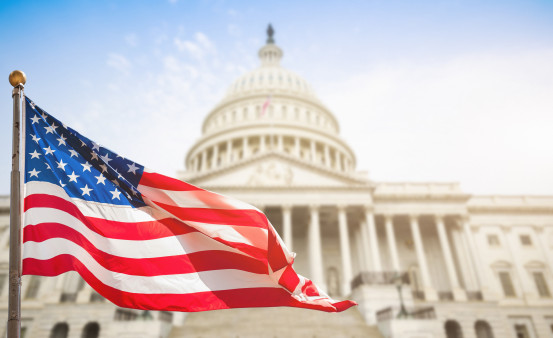 Plus: Republicans want to slash $63 million from the Housing for People with HIV/AIDS (HOPWA) program.

Appropriations discussions—a.k.a., talks about funding the federal budget—were sidelined among U.S. lawmakers by impeachment, Syria and 2020 elections news, but they may finally be returning to Congress’s docket, just 16 legislative days ahead of the expiration of the current continuing resolution (CR) funding the federal government at extended fiscal year 2019 levels. This week, Senate Majority Leader Mitch McConnell (R-KY) filed cloture, meaning he’s asked Senators to vote to close discussion after just 30 more hours of debate, on two spending packages both including funding for numerous government departments.

If at least 60 Senators vote in favor, the Senate will first consider H.R. 3055, which includes funding for the following departments: Commerce-Justice-Science, Agriculture-Food and Drug Administration, Interior-Environment, Transportation-Housing and Urban Development, and Military Construction-Veteran’s Affairs. Of particular interest to HIV advocates in this bill is the Housing for People with HIV/AIDS (HOPWA) program. House representatives, in their version of the bill, continued to support the HIV community by committing to $410 million in funding for HOPWA in their appropriations process, a $17 million increase over last year. Senate appropriators, on the other hand, joined the Trump administration in suggesting a slash to HOPWA funding of $63 million, funding the program at just $330 million. It is vital that the Senate and House come together to fund HOPWA at $410 million in their final spending package. AIDS United will be working with aligned organizations and allies in Congress to ensure they do so, but your voice is needed to help. Fill out AIDS United’s action alert to write to your legislators, telling them to protect HOPWA funding!

If H.R. 3055 passes, the Senate would next consider H.R. 2740, providing funding for the Defense, Labor-HHS-Education, State-Foreign Operations, and Energy-Water departments. As AIDS United has detailed, the Senate’s Labor-HHS appropriations numbers fell well short of those allocated by the House earlier this year, with the House bill providing $46.4 million more for the Ryan White Program and roughly $54 million more for the CDC’s viral hepatitis, STD prevention, tuberculosis elimination, and opioid related infectious diseases programs. Additionally, the Senate has maintained a ban on syringe service programs (SSPs) using federal money to purchase syringes, a measure that prohibits the important work of SSPs in HIV prevention efforts. To support the HIV community and move us closer to ending the epidemic, the Senate must come to agreements with their House counterparts and provide increased funding and remove anti-public health riders in their final bill.

It is not expected that legislators will be able to iron out all of the differences—not to mention ongoing disagreements related to immigration policy in other bills—that exist in these bills, especially going in to an election year. A year-long CR is looking increasingly likely, but new funding for the administration’s Ending the Epidemic initiative would not be included unless Congress includes an anomaly, or a carve-out increase for certain programs during the period of a CR. It is vital that the administration encourage Congress to provide an anomaly for this federal priority in order to be able to start on the work that could end the domestic epidemic in the next decade.

AIDS United will continue to work with allies in Congress to ensure the full and timely dispersion of funds for communities and organizations working to end the domestic HIV epidemic.