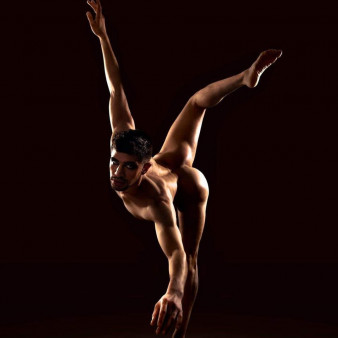 How dance helped heal my wounds from drug addiction and put me on a journey of telling stories through movement.

One of the best parts of living in New York City and being a writer is exploring new coffee shops to work in while comparing the oat milk lattes and baristas. I’m starting to discover which places work best for me. Those with a warm atmosphere inspire me the most. Plus, I like being around people who are working hard and being creative.

Right now, I’m sitting in Think Coffee at the LGBT Center in the West Village, just below 14th Street. Ariana Grande is playing in the background and taking me on a trip back in time to early 2017, to a moment right after I rang in the New Year and then promptly destroyed a relationship with the guy Jaime I was seeing. The implosion resulted from my insecurities and my need to control how fast and intensely we were moving. I should know better, because anytime I try controlling outcomes, they don’t go in my favor. It’s something that I would continue to struggle with, but fortunately, I’m always able to use these turbulent times in my life as a giant push to my creativity. My mentality goes something like, “Take your broken heart and turn it into art!” I mean, look at Adele—she won multiple Grammys because of heartache!

So I think about my art and the many great things in my life that have been inspired by heartbreak or trauma or the mix of both, and it occurs to me that this blog stems from a place of pain and major change in my life. Dance has also always helped me heal; I find it to be meditative and calming. I would find more clarity through all of the movement.

But let’s venture back to February 2017, shortly after the drama I was just talking about. My heart was sad, yet it was accompanied with willingness to create. My heart and my soul were hungry for freedom from the bondage of self, and they desired a peace of mind. I was still a bit emotionally tender from ending the six-month relationship with Jaime. Luckily I could pour my energy and extra time into dance and choreography. I worked at Equinox Greenwich Avenue, so after my shift I would take over the group fitness studio and work on choreography as I would work out my emotions.

I would turn the lights down low and turn up the music. Every twirl was imbued with emotions ranging from frustration and sadness to happiness and excitement. I was meditating and thriving with every kick and jump—energy poured into the floor as I would land toe-ball-heel.

Coincidentally, around this same time period, one of the producers of a local boylesque group reached out to me, asking if I’d like to perform in their upcoming show at the Triad, an intimate theater on West 72nd Street. I was excited, but not sure what I’d perform. At the time I wasn’t really a burlesque guy, but more of a concert dancer. Yet I was ready to break the mold and try something new. Burlesque is typically solo strips, but with camp and with intention. They gave me free reign to develop my ideas but wanted to get a sneak peek of what I’d be doing. I chose a song called “Paralyzed” by NF. The song is very much about drug addiction, so I could relate and decided to work on something a little more emotional.

I needed to build a number that was true to me. The process was emotional, but it forced me out of my comfort zone. How could I tell this story while being sexy and not crossing any lines to make the audience feel uneasy? I would be naked except the dance belt I’d be wearing—in addition to the flesh-toned liquid latex and peel-away layers of “skin” as my strip. I was so nervous it wouldn’t be well-received. That self-doubt making it’s way in. Then I remembered that performing is what I do and that new numbers are also trial and error and that I learn more from failed performance numbers than the ones that work.

I entered from backstage through a black curtain where a part allowed for a beam of stage lights to peak through. Thanks to the hot entertainment that came before me, I knew I would be performing in front of a rowdy audience. I gently set myself for the musical cue on my knees with my head bowed toward the crowd. When the music started, I was rocketed into a fourth dimension, a moment of not just telling any story, but of telling my story. On the stage, like in previous parts of my life, drug addiction was paralyzing me and battling my mind—and when the fever broke, I was free. I felt the world around me change. It was beautiful, and the crowd loved it. I could hear one girl in the audience say, “Oh-my-God,” in a drawn out, emotional reaction.

That experience with boylesque set up a new journey that I’d be on for the next few years—a journey I never expected. It all started with a friend approaching me who was choreographing a show for a gig in Provincetown, Massachusetts. My world was about to expand, and for once, I felt prepared for the opportunities.