My discomfort began as I sat in front of my web cam, waiting to join Danny Pintauro in a segment on Huffington Post Live. Danny had recently announced on an Oprah special that he was living with HIV, which was big news for fans of “Who’s the Boss?” and those who loved the precocious little boy Danny played. Before my virtual entrance, Danny was telling host Nancy Redd how he was infected with HIV. 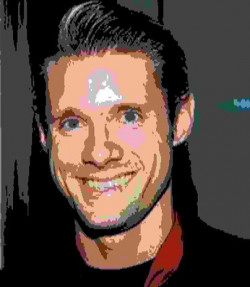 He wanted to explore “rougher sides” of his sexuality, he explained. And wouldn’t you know it, the first guy he hooks up with for that purpose offers him crystal meth. “And you combine meth, which completely ruins your immune system,” he said earnestly, “you combine having been up a good 12 or 13 hours... you combine that with some rough but safe sex, believe it or not, and it’s just a potent combination.”

My jaw dropped. Did Danny Pintauro just attribute his HIV infection to using meth and being tired? Did he just say that he had safe sex, “believe it or not?”

Danny went on to explain, or at least presume, that his sex partner’s viral load “had to have been very high, because that’s the easiest way to contract it if you’re not being unsafe.”

I was incredulous. I began to mentally prepare retorts to the celebrity. If you are not being unsafe, Danny, you will not become infected with HIV, regardless of your partner’s viral load. Prevention is a two-way street. Your partner posed no threat to you if you were being safe, which you say you were. Which is ludicrous because you were high on crystal meth, a sex drug known for evaporating condoms instantaneously. Statements like “we were safe, believe it or not” would be pure comedy gold at any Crystal Meth Anonymous meeting.

But I actually said nothing to challenge his statements. When I appeared on the segment a few minutes later, I welcomed Danny to the world of poz activism and identified myself as a fellow meth addict in recovery. I then threw out an inane softball question to our newly-minted HIV positive celebrity/cautionary tale, because, well, he was on a popular sitcom and has the power to reach a lot of people. And because I totally wimped out.

We don’t always get the spokesperson we want. We have to work with the celebrity we are dealt (ask any transgender activist in this Year of Caitlyn). And it’s unfair to expect a random person with a celebrity past to be conversant on every aspect of HIV important to us. Besides, Danny’s messaging around meth and gay men alone is worthy of our gratitude.

It is also true that Danny has set himself up for criticism and judgments. In a universally vilified segment on The View, one of the hosts, a breathtakingly clueless idiot named Candace Cameron Bure, challenged Danny to “take responsibility” for his actions, as if she had just nabbed an interview with the latest mass shooter.

If that was your last exposure to Mr. Pintauro, you’re probably feeling for him about now. So was I. That is, until he doubled down on his “I had safe sex” statements by telling US Magazine that not only had he been a condom-loving crystal meth addict, he was actually infected through oral sex.

I better take a breath here. Ahem. Okay. Moving on.

There’s no way to know the level of shame Danny Pintauro may be feeling around his addiction and HIV infection. And he must sincerely value his beloved place in television pop culture and hate to discolor it with his personal revelations. That took courage.

But attributing his HIV infection to the infinitesimal risk of oral sex - because God forbid anyone picture the former child actor taking bare dick and semen up his ass - isn’t the kind of transparency needed for a gay, HIV positive spokesperson.

And then, oddly, Danny added in his US Magazine interview that the “irresponsible” man he believes infected him -- whose name escaped Danny for many years -- has been on his mind and he has been trying to find him, even searching through obituaries and what-not.

Danny’s strange fixation suggests a blame game that goes beyond Danny’s assertion that he just wants to be sure the guy “is okay.” Let us all hope that the man in question is living a healthy life somewhere, safe from Danny’s well-intentioned but pointless quest to contact him.