The very day this blog was inaugurated, a fellow by the name of Xiu wrote in with an understandably dismissive, if not quite snarky, comment about Chinese herbal medicine generally and Xiao Yao San specifically. Since it was two weeks ago now, I will paste in the first paragraph of his comment here:

A cursory glance at what Xiao Yao San is allegedly good at treating should tell you why there is a dearth of research. Absence of evidence are [sic] hard to publish in peer-reviewed journal ...

Reading it again just now, I am struck by the circular logic (forensics pros, help me out here) of the comment. At first I had thought he meant to say that the reason there were no published studies in peer reviewed journals (which, incidentally, is decided not true, but more on that in a moment) on uses of the herbal formula was because negative studies were difficult to publish. Now it seems the point he is trying to make is that it is difficult to study something that is supposed to treat everything. But that doesn’t seem it either. There are three or four pieces to this that all get wrapped around each other, with no clear cause and effect or order:

With regard to the first objection, Xiu makes a valid point. Anyone would and should quickly tune out when something claims cures or to treat your insomnia with a magical pill, cream or potion that is also going to improve your kids’ grades and make you look ten years younger in two weeks’ time.

But at the same turn, we have to keep in mind with all this stuff that has been passed down and translated and re-translated for hundreds (thousands really) of years that you often have to look beyond the headlines and see what’s really going on.

Or do a PubMed search. Or ask an Asian medicine practitioner with extensive training and experience in herbology.

A quick internet search on the formula (also sometimes called Rambling Powder, as well as Buplureum and Dang Gui (its two chief ingredients) Decoction) will invariably list PMS, dysmenorrhea, fibrocystic breasts, hepatitis and neurasthenia (mid-century code in China for what we in the West would probably call mood swings or even depression) as conditions it can treat. It is likely the most commonly used herbal patent formula in existence today. It certainly appears to be in Taiwan.

As for PubMed (online database of the National Library of Medicine of the U.S. National Institutes of Health), below is a short list of recently published research in respected medical journals--from China, the US, Europe, Australia--that either directly assesses the anxiolytic (anxiety relieving), antidepressant, antidyspeptic, and hepatoprotective properties of the various (there are eight in the classic “recipe”) constituent herbs in the Xiao Yao San formula. (I had never heard of or seen before claims of an effect in treating ocular hypertension, glaucoma, or hyperthyroidism--but in Chinese medicine there is a strong link between the Liver, Liver meridian and the eyes. And as much as there is an emotional component to any disease, Xiao Yao San’s ability to “soothe the emotions” could understandably have an ameliorative effect on any ailment with an underlying emotional basis.

As much (or little) as I know of its general use in the clinic, Xiao Yao San is most often used to treat menstrual, premenstrual and emotional disorders.

Note of caution though: I didn’t want to post this until I could read and digest all the articles and brush up on my (admittedly superficial) understanding of both Eastern and Western approaches to explaining and treating these various maladies, but I also feel guilty for not posting (let alone responding to other comments received over the past ten days) anything on this blog in nearly a week. Maybe this material doesn’t lend itself to the blogosphere? Or I just haven’t yet figured out how to do it.

Certainly there could be more research. Certainly there could be better research. I suspect that there is more going on out there (in China for sure, perhaps also in Germany and other parts of Europe) than we here in the U.S. are aware of. Yes, folks like Xiu could argue ’Why would anyone want to take a treatment with such a broad and loosely defined or characterized effect on such divergent biological systems?’ From a TCM point of view, the link between emotional “constraint,” menstrual/premenstrual disorders, even GI (including stomach and liver) complaints is explained by the role the Liver plays in Chinese medicine--and its connection to the Spleen/Stomach system and Heart. But this is all too much for one day! Here is the first bit of research. To you, Xiu:

Interferon plus Chinese herbs are associated with higher sustained virological response than interferon alone in chronic Hepatitis C: a meta-analysis of randomised trials

Michael Barr is a board certified acupuncturist and herbalist and can be reached at Manhattan Acupuncture Associates, with offices at Columbus Circle and Flatiron. His expertise and interests include sports acupuncture, pain syndromes, liver health, immunological support, low energy, mood disorders, anxiety, insomnia, GI complaints, and herbal and acupuncture approaches to getting off/putting off prescription medications of unsatisfactory or unclear benefit, and in helping to manage the side-effects of other necessary and life-saving biomedical interventions. He has also been busy exploring the application of East Asian herbal therapies, and specific acupuncture protocols, for all aspects of sexual health and anti-senescence. 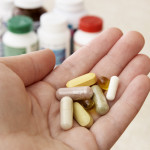 I am always tired. Are there supplements I can take?