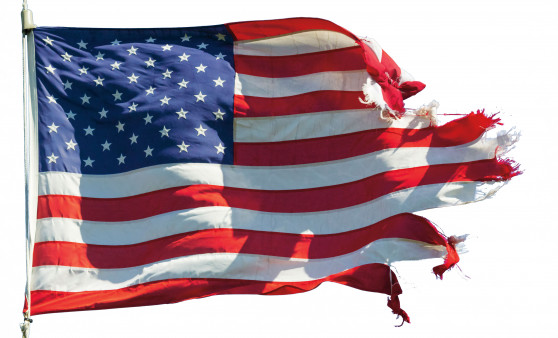 Sex workers are among five population groups most vulnerable to HIV but often lacking services. So why do U.S. plans to fight HIV omit them?

Since being appointed as the director of the White House Office of National HIV/AIDS Policy, Harold Phillips has been inundated with requests for his help with a host of urgent HIV-related needs. He was appointed to the position on June 5, 2021, by the White House Ambassador Susan Rice, President Biden’s Domestic Policy Advisor. At the ceremony, Rice recognized the 40th anniversary of the identification of HIV/AIDS and “called upon the nation to recommit ourselves to ending HIV/AIDS once and for all.”

This recommitment will require a sharp turn from the current iteration of the Trump administration’s Ending the HIV Epidemic plan. With extraordinary will and work, Phillips has committed to producing an updated National HIV/AIDS Strategy by World AIDS Day 2021. However, there is not yet clarity on one aspect of the impending NHAS that will greatly impact our nation’s ability to end the epidemic: Our nation’s acknowledgment, health care provision and support of sex workers.

Our partners around the world agree with this assessment of the highest priorities and greatest needs when responding to the HIV epidemic — except for the United States government which, at present, excludes sex workers entirely from our national HIV response.

Those of us working to end the HIV epidemic are hoping to see several changes in U.S. policy with the Biden administration. This includes expanding consumer-centered services for people who use drugs, people of transgender experience and people aging with HIV. We are pressing for reasonable policy decisions on molecular surveillance and adequate health care resources, especially in Southern states. We are, rightly, centering folks like young, Black men as key populations with whom we must work to end HIV.

Why, then, aren’t sex workers included in our current or future federal plans?

To omit sex workers as a key population impacted by HIV in the U.S. is to deny the human rights and needs of a community as real as any of the other four named by our international partners. Juno Mac, a co-author with Molly Smith of Revolting Prostitutes: The Fight for Sex Workers’ Rights, observed in a recent demonstration that “in America, tens of thousands of people are ‘arrested, prosecuted, incarcerated, deported, or fined’ for sex work-related offenses in the U.S. every year."

The Centers for Disease Control and Prevention, however, has no estimate of the number of “people who exchange sex” for resources in the United States. It merely acknowledges that “many social and structural factors make it difficult to prevent and treat HIV among persons who exchange sex for money or nonmonetary items.”

The U.S. government is, in effect, insisting on public silence about sex work in America. Consequently, this has been used to justify the ongoing federal refusal to provide sex workers with the appropriate HIV-related services that are provided to the other communities most affected by HIV. In this federal silence, the CDC and other federal health agencies have been allowed to gather very minimal data regarding sex workers’ health. The government does not allocate funds for programs designed to help sex workers manage health care or to help prevent possible HIV acquisition. In fact, in most cases, the government continues to ignore the existence of sex workers altogether.

We have no indication that the Biden Administration — in line with its stated desire to end the HIV epidemic — will finally include sex workers as the fifth of the key populations impacted by HIV as the rest of the world does. The new NHAS due in December has the opportunity to take that step.

Sex workers share so many of the same experiences that many people living with HIV have experienced especially in the epidemic’s earliest days. Sex workers are  losing jobs, unable to get medical care and treated as invisible or stigmatized. We who know this history should not ever let it be repeated.

Sex workers need to be explicitly included in the updated NHAS. To achieve this, those of us who stand up for the rights of all people living with HIV must stand with sex workers, loud and proud, and call for their inclusion in the NHAS.