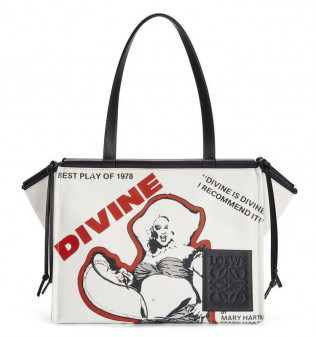 Visual AIDS is thrilled to receive a share of the proceeds from sales of three new fashion collections.

In honor of LGBT Pride month, Loewe creative director Jonathan Anderson launched a limited-edition collection inspired by trailblazing performer Divine, with 15% of the proceeds from sales donated to Visual AIDS. The collection will also support Baltimore Pride, a Black-led LGBTQIA+ organization and celebration, in tribute to Divine’s hometown. 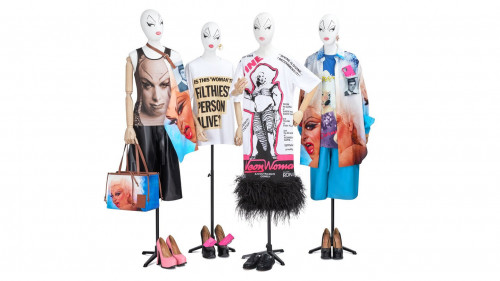 The Loewe Divine collection consists of three T-shirts and a tote bag. Anderson had originally planned an entire collection dedicated to Divine but had to shut down production due to the COVID-19 pandemic. The Loewe website also includes a digital exhibition showcasing a collection of Divine memorabilia. 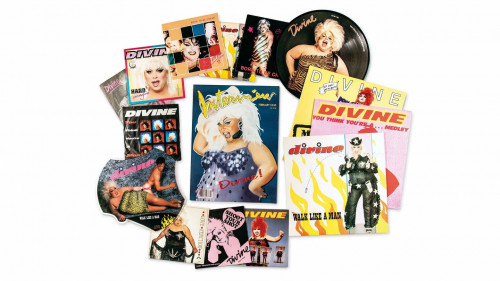 A showcase of Divine’s memorabilia honours his artistry 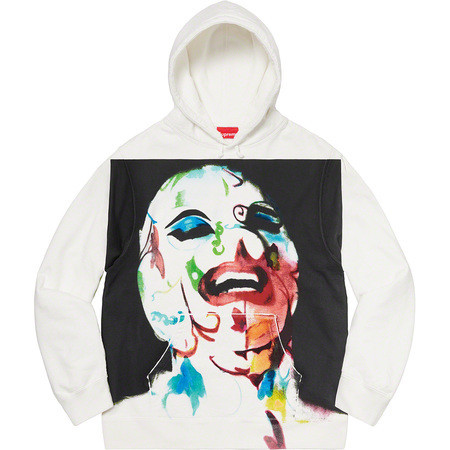 We are also grateful to artists Devan Shimoyama, Richard Haines and Doron Langberg for choosing Visual AIDS to receive a portion of the proceeds from sales of their limited-edition tees and sweatshirts for Todd Snyder.

At the heart of Todd Snyder’s collection are a series of sweatshirts and tees featuring original artwork by nine leading LGBTQIA+ artists. Twenty-five percent of the purchase price of these wearable works of art will be donated to support charities selected by the artists, including Visual AIDS, Out Youth and GMHC among others. 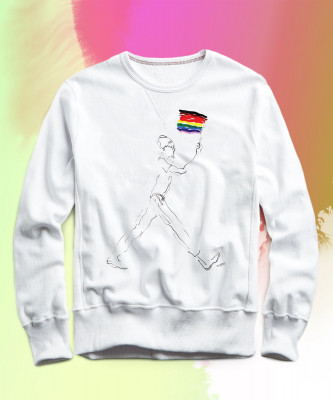 The three artists whose designs will support Visual AIDS include:

Devan Shimoyama
The work of Devan Shimoyama showcases the relationship between celebration and silence in queer culture and sexuality. Shimoyama’s composition is inspired by the canons of the masters Caravaggio and Goya, though he adds a more contemporary expression and sensuality. Using materials such as splattered paint, stencils, black glitter, rhinestones and sequins, Shimoyama creates pieces that capture the magical spirit of human beings. Shimoyama is currently based in Pittsburgh.

Doron Langberg
Doron Langberg creates large-scale portraits based on his observations of his family, close friends and lovers. Langberg’s visualizations of queerness—both his own and those of the many queer subjects depicted—move beyond the traditional shorthand of signs and easily recognizable queer iconographies. Instead, Langberg contextualizes queer sexuality and intimacy within larger narratives of everyday life.

Richard Haines
To Richard Haines, New York City is an endless runway. Though he first moved to the city to pursue illustration, he instead forged a successful career as a fashion designer. Through his work for such brands as Calvin Klein, Perry Ellis, Sean Combs and Bill Blass, he developed a keen eye for the often-overlooked details of form and fabric and how a garment falls on the body. This laid a foundation for his illustration work, and after years in the world of fashion design, his career has now come full circle, allowing him to emerge as one of today’s most sought-after fashion illustrators.

Here’s to supporting a good cause in high style!