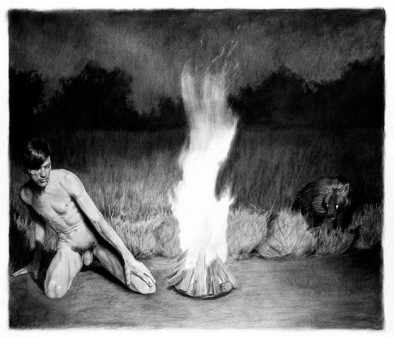 FIELD RECORDINGS: Notes from the West curated by Margaret Tedesco

“In the spirit of 2nd floor projects, an artist-run exhibition and publishing space I founded in 2007 in San Francisco, whose programming includes commissions to writers for limited edition publications (not the usual traditional essay intended to serve the work), I invite you the reader to spend time musing the following texts that hover in proximity — ”cut-ups“ if you will, in conversation with the visual works selected — a kind of surround sound within this exhibition.” - Margaret Tedesco

Margaret Tedesco is an artist and curator who works across performance, installation, photography, sculpture, and video. She has presented and collaborated with visual and performance artists, writers, and filmmakers for more than twenty-five years. Her work has been shown nationally and internationally. In 2007 Tedesco established [ 2nd floor projects ] an artist-run exhibition and publishing space in San Francisco. Tedesco grew up in Los Angeles and San Francisco.

Visual AIDS invites guest curators, drawn from both the arts and AIDS communities, to select works from the Archive Project and Artists Registry to be featured for one month and archived on our website. View past Web Galleries here.