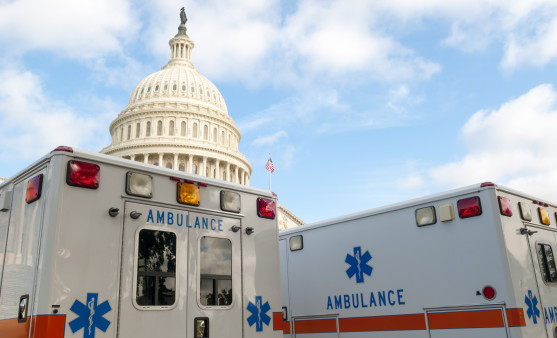 Plus: Congress avoids a government shutdown—at least until December 20.

The old adage has it that the only 2 things that can be counted on with absolute certainty in this life are death and taxes. However, it would seem as if Congressional appropriators and the Trump administration are eager to amend that saying to include the annual passage of multiple stopgap funding measures.

In what is fast becoming a holiday tradition, the Republican-held Senate passed a short-term continuing resolution (CR) by a 74-20 vote on Thursday afternoon, November 21, to avoid a government shutdown ahead of the November 21 deadline that was established by the previous CR, which was enacted in late September. The stopgap funding measure that was approved by the Senate had originated in the Democratic-led House, where it passed on a largely party line vote on Tuesday. The CR, which was signed by President Trump late Thursday night, will keep the government afloat at current Fiscal Year 2019 (FY19) spending levels until December 20.

This CR is necessary because lawmakers and the White House have yet to agree on any of the 12 spending bills needed to fully fund the government for FY20. Thus far, the House has passed ten bills, while the Senate has passed just four. Ideally, extending funding through December 20 will give appropriators the additional time they need to continue to negotiate and finalize fiscal matters for the remaining FY20 appropriations bills and other priorities before the holidays. However, given disagreements over spending for the president’s southern border wall at the expense of health care and education funding—which House Democrats continue to vehemently oppose—and the ongoing impeachment inquiry against the president, achieving this will be a daunting task.

In a statement released earlier this week, House Appropriations Committee Chair Nita Lowey (D-NY-17) said that in order to “reach agreement on allocations, Senate Republicans must drop their insistence on funding a wasteful wall at the expense of critical domestic programs.” Thus far, neither Congressional Republican leadership nor President Trump have indicated any willingness to back down on their requests for border wall spending.

The newly passed CR is not a complete carbon copy of the FY19 budget, and does include several anomalies, or funding carve outs, that provide a 3.1% pay raise for all members of the military, as well as increased financial support for the taking of the 2020 census and for certain intelligence surveillance programs, both of which were scheduled to see their funding run out on December 15.

As of right now, additional funding linked to the administration’s Ending the HIV Epidemic (EtE) initiative has not been included as an anomaly in the current CR; as a result, the future of EtE programming remains in doubt as Congress continues to struggle to reach a budget deal. Right now, the state and local planning processes for the EtE programs are going forward using roughly $12 million in repurposed FY19 funding from HHS Minority HIV/AIDS Fund. However, without at least the $291 million in increased HIV funding that was outlined in the President’s budget, the EtE initiative will be unable to continue as planned for much longer.

Though the CR provides some breathing room, Congress is continuing to work on moving the appropriations process forward in a timely manner. Advocates and staff seem hopeful that lawmakers can come together in good faith to reconcile their differences and work out a longer-term spending plan by the end of the year. Until then, AIDS United will continue to monitor the situation closely and work with allies in Congress to minimize disruptions in order to ensure that federal programs serving people living with, affected by, and vulnerable to HIV are fully funded.