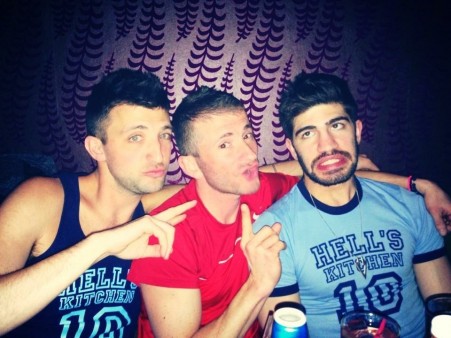 Getting Some Much-Needed Therapy

And I don’t mean the kind with a doctor.

When I returned to New York from doing the show in Reno, Nevada, I pounded the pavement to find a job. It only took a few weeks to land at Therapy, a popular gay bar in Hell’s Kitchen, as a server. They had everything from booze and food to some of the fiercest nightlife entertainment. I started around the end of January 2012.

On my first day, I trained with someone named Jason. He was funny and every bit as ditzy as he was smart. He showed me around as he hobbled on his injured foot. We went into the kitchen after about thirty minutes, and he plopped himself up on the table and said, “So you say you grew up in a restaurant? Good! Get to it.”

My grandparents had owned a restaurant almost my entire life. They were good, hardworking people who had a wonderful business until they grew old. My family taught me everything about serving that I know now. I started working at a very young age, probably started cleaning tables when I was twelve. After they passed, we sold the restaurant. It’s unfortunate because it was such a great place to go eat and hangout.

Jason had me go take orders and pretty much do his job for the remainder of my training that night. We knew from the beginning that I’d fit right in. He and I became friends very quickly—so quickly that his best friend Shane grew jealous as Jason and I became closer over time.

Shane was another server at Therapy, but we didn’t typically work the same shifts and I didn’t really know him. We had a set schedule so all I knew of him was that he was good at his job. He made it his mission to get to know me. We made plans for lunch so we could get acquainted.

It was a beautiful spring day, and we sat outside at a restaurant on 54th Street and 9th Avenue with oysters and a bottle of cava. It was the first time we had done anything together. His intentions were only to see why our mutual friend/coworker, Jason, took a liking to me. Shane sat there across the table in the sunlight, interrogating me as people walked by.

Shane produces a drag pageant called Miss Hell’s Kitchen that raises money for organizations fighting to end HIV and AIDS. About a month before our lunch, I had worked as a server during the pageant because it was held at Therapy. Every gay person who worked at the bar was attending the event, so being the newbie, I was scheduled to take orders and deliver kindness. It was the first ever MHK. Not only was the show entertaining, but it also gave me a chance to see people fighting for something that I was living with, but not yet dealing with.

I loved his energy from the start, and I felt I could open up and be honest around him. He seemed to be trustworthy, and in the moment I felt the need to tell him that I was HIV positive.

I cannot explain the immediate shift in our interaction. Even though he was HIV negative, it was like he understood me right away. We were so authentic with each other. He was a pretty cool guy, full of love and sass.

We were immediately family, the thing I needed. Shane, Jason and I were inseparable. They always had their bikes with them to train for AIDS/LifeCycle—the bike ride from San Francisco to Los Angeles, which is what Miss Hell’s Kitchen was fundraising for that year. I looked up to them as if they were my older siblings. 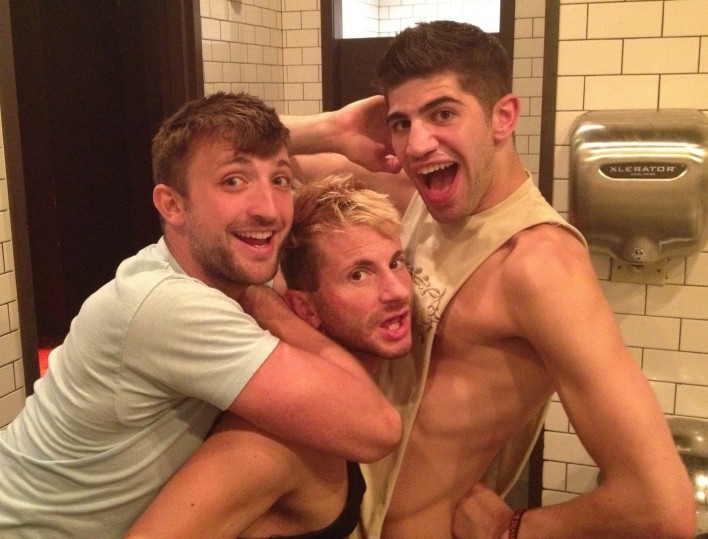 Working at Therapy and hanging with these boys gave me a sense of belonging that I hadn’t felt in forever, if ever at all. I could tell them everything. They always listened and guided me to do better for myself. Our friendship would continue to grow. This was only the beginning of a blossoming sisterhood.