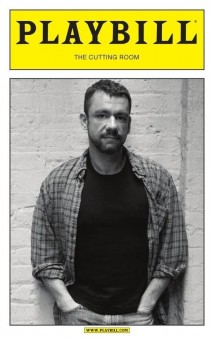 Grief Is a Sword: A Eulogy for Spencer Cox

Spencer Cox - A Celebration of Life - Peter Staley from LIPTV on Vimeo.

This eulogy, and call to action, was delivered at “Spencer Cox: A Celebration of Life,” a memorial service held on Sunday, Jan. 20, 2012, at The Cutting Room in New York City.

I want to remember the activist. I first met Spencer when he started showing up at ACT UP meetings in the fall of ’88. We were all so young. I was younger than most, but he was seven years my junior.

Spencer started by joining ACT UP’s most intimidating committee. The Treatment & Data gang was a pack of know-it-all divas who expected new members to climb the learning curve fast, and burn their own paths. He did both in short order, and quickly earned the respect and friendship of these self-taught expert activists. It didn’t hurt that he was one of the few who could out-smoke Mark Harrington, or that he provided a constant soundtrack of dark humor to our often depressing work.

But it’s when our activism started to pivot that Spencer really began to shine. AIDS treatment activism began with fury, and blind hope, that if we just pushed hard enough, we could force the system to find the cure or near-cures that were surely out there. But they weren’t, and a simple bureaucratic fix wasn’t going to save us.

Spencer and the other science geeks led this pivot. We could no longer take short-cuts around the tenets of scientific discovery. We must instead devise new and creative methods to use those basic tenets for our ultimate goals. Spencer, in particular, became almost religious about this new science-driven activism.

He and the other geeks started the pivot by challenging the hard-fought and hard-won orthodoxy of gay men threatened by AIDS from our politically active enclaves in New York and San Francisco, from neighborhoods like Greenwich Village, Chelsea, and the Castro. We demanded and got our quick FDA approvals. We used our often gay and truly heroic HIV specialists, becoming experts together, custom tailoring novel regimens from approved and unapproved treatments alike. Over time, we got more AZT knockoffs approved, with less and less applicable info on how to use them to actually save lives.

That’s when the science geeks made their courageous play. Spencer slammed the status quo. He testified before the FDA about the accelerated approval of the third AZT knockoff, d4T, saying:

“The approval of therapies based on inadequate, ambiguous, uninterpretable or incomplete data offers severe and potentially insurmountable difficulties in the future evaluation of new treatments. This is the deck with which the current therapeutic house of cards was built.”

It was a wonder watching him wow the FDA, and in meetings with the biggest names in AIDS research, like Anthony Fauci. He earned the respect, and the love, of his fellow science geeks, and those of us lower down the learning curve. We were family, albeit one with lots of incest happening.

Spencer played a key role when TAG launched an audacious campaign challenging Hoffman-La Roche’s blatant attempt to get their protease inhibitor approved without providing the necessary real-world data on how to use it. I remember having my doubts at the time. Should TAG really go out on a limb like this, infuriating most of the other AIDS groups that sought to defend our hard-won regulatory reforms?

Spencer patiently walked me through the arguments for challenging the self-help orthodoxy we ourselves had help build. He made his case not with science or statistics, but with ethics. This was about moving beyond a status quo that provided the illusion of serving only a privileged few. This was about serving the greater good. This was about health care for all, built on a democratization of data, not just drugs. We needed answers, not just access. We needed clinical trial data that could be used for standards of care in all resource settings, so that the guessing would end, and clear treatment guidelines would save the greatest number of lives.

He was right of course. And today we have highly detailed treatment guidelines, backed by interpretable data, and adjusted for resource settings around the world. Eight million people on standardized regimens. Eight million lives saved.

It’s a stunning legacy, and so bittersweet. How could that young gay man, confronted with his own demise, respond with a level of genius that impacted millions of lives, but failed to save his own?

This death hit us hard. We have grappled to make sense of it. Why did he stop his meds? What role did his struggle with crystal meth play? Was this a failure of community? Are there lessons we can learn?

These aren’t just nosy questions by idle bystanders. There are thousands of survivors of the plague years who in small ways and large feel damaged and vulnerable. All of us have felt the pain and helplessness of watching a friend struggle with meth.

The details of Spencer’s own struggle with it, or even if there was a struggle this past year, remains shrouded in the wildly divergent opinions of those who knew him. I saw him after his return to New York, and he was the Spencer of old: campily dismissive of almost everything and everyone, cutting in his humor, and with grand plans for the future, including walking the red carpet at the Oscars. He shined at the premiere of HOW TO SURVIVE A PLAGUE; comforted Sarah Jessica Parker after a screening a few weeks later; and wowed a crowd of healthcare workers at St. Luke’s Hospital during a post-screening panel we did together just a few weeks before he died.

What we do know for sure is that a great deal of his life came crashing down in 2008 because of his struggles with addiction, and he was still far from rebuilding that damage. The debate that has ensued since his death between frustrated community activists and harm reductionists is worth having. We need to find some common ground that is neither complacent, nor stigmatizing.

Given Spencer’s activism, his treatment interruptions were confounding. There were at least three over the last decade, all resulting in dangerous hospitalizations. When asked why, he would evade, probably realizing that the answers would be too painful to explain.

His last burst of activism was explanation enough. He spoke out forcefully about the depression and PTSD that the surviving generation of gay men from the plague years often suffered from, regardless of HIV status. While many of us, through luck or circumstance, have landed on our feet, all of us in some way have unprocessed grief, or guilt, or an overwhelming sense of abandonment from a community that turned its back on us, and increasingly stigmatized us, all in an attempt to pretend that AIDS wasn’t its problem anymore.

That is Spencer’s call to action, and we should take it on.

Maybe we’ve over-analyzed his death. The “why’s” might be better explained by this young man’s complexities, his genius and wit, and the flip side of that coin, his very human imperfections. The larger issues his death raised for our community should be explored, but not manipulated, from what was, in the end, a man’s uniquely beautiful, courageous, and fallible life.

It is his activism I will remember.

In Paul Monette’s Last Watch of the Night: Essays too Personal and Otherwise, he writes of his lover’s death from AIDS and his own imminent one in the essay “3275,” which is the plot number of Monette’s gravesite with his lover’s on Revelation Hill at Forest Lawn Cemetery:

"We queers on Revelation Hill, tucking our skirts about us so as to not touch our Mormon neighbors, died of the greed of power, because we were expendable. If you mean to visit any of us, it had better be to make you strong to fight that power. Take your languor and easy tears somewhere else. Above all, don’t pretty us up. Tell yourself: None of this ever had to happen. And then go make it stop, with whatever breath you have left. Grief is a sword, or it is nothing."