In this U=U Community Blog Post, Hamah shares her story of being diagnosed with HIV in 2018 and how she turned a difficult situation into inspiring activism for U=U.

It’s been two years since I was diagnosed with AIDS in 2018, I remember my CD4 count was just two; as HIV infection progressed, the number of these cells had declined badly. Due to my low immune system, my body had become weak and eventually, I was put on ART.

Though the condition I was in surprised everyone I was strong and able to work. After two weeks on ART, though, I had a mental breakdown. Because my viral load was so high, the virus had affected my brain. That’s how my family got to know about my HIV status.

The news shocked my family with many of them rejecting me. They thought I was going to die; they even made arrangements for a grave. I experienced a lot of stigma from my family.

It was in the mental hospital that 1 gained the courage to open up to the public about my status. The stigma I experienced from my family gave me the courage to open up about my status to show them that I was strong enough to spread the news by myself and to set myself free from the hurt. Before that they were talking behind my back, laughing at my condition. After two weeks in the mental hospital, I even went public about my status on Facebook Live. God knows what happened; my friends. Insulted me, calling me mad,. They wouldn’t believe in me and that made the situation with my family worse. They said that I was shaming them. But I chose to follow my decision rather than listen to peoples’ views about my status.

While I remained in the hospital, the spirit of preaching about HIV/AIDS increased. When I saw children on medication, it gave me more energy to fight HIV-related stigma by showing my face to challenge stigma and discrimination among the general public. 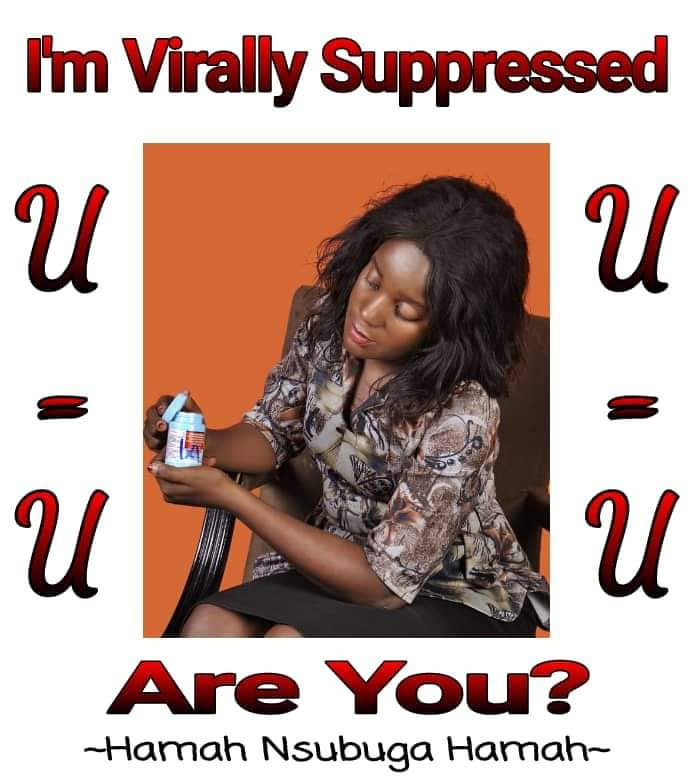 When I was discharged from hospital I continued with my activism. It gave me courage and reason to live positively and happily. However after six months, when I had become stabilized as a result of my medication, I was deceived by a herbalist. He said he was going to cure my HIV and said if I take herbal medicine I will be cured completely. I accepted that advice and stopped my medicine for about three months that led me to relapse. I was very ill with a very high viral load of 600,000 copies in my blood. Oh my God, it was terrible.

That was around October 2018. I was put back on treatment and my doctor lectured me about good adherence, that when you take your medication regularly and suppress the virus, you can’t transmit it to others.

I followed my doctor ‘s advice and I’m now two years on ART, I am undetectable. My followers on my social media platforms and in the community, ever since I started teaching them about U=U, are testifying every day about the power of U=U.

The science behind U=U is proven. The U=U phenomenon has given me life, hope and happiness. Now I have big hopes that very soon a cure for HIV is on the way. My dreams for having a relationship with a loving negative partner and having a happy negative family will be answered and I will be a winner.

All this has inspired me to always preach U=U everywhere because I know it’s the best weapon to shoot stigma and to halt new infections. I am in fact dreaming of a new generation without HIV because of U=U.

When you achieve U=U, you may feel like you are HIV-negative again but that mustn’t stop you from taking and adhering to your treatment.

U=U is the way to the promised land. We no longer need think of death because we have effective treatment and yes, it’s working. Undetectable =Untransmittable, no more new infections and no more stigma. We will soon reach our goal to end HIV.