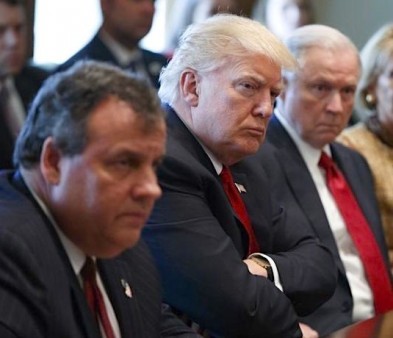 What’s Happened Since Trump Promised to Fight the Opioid Crisis?

90 days ago, he declared a public health emergency.

President Trump’s original opioid emergency declaration recently expired and was quietly renewed by acting Secretary of Department of Health and Human Services (HHS). In October, the Public Health Emergency Declaration was announced with great fanfare by President Trump, who promised to “liberate” Americans from the “scourge of addiction.” Given the lack of meaningful action since first being announced, many advocates question whether the extension through April will make a difference.

The Public Health Emergency Declaration is supposed to spur on the recruitment of treatment specialists and the repurposing of federals funds toward a response to the opioid crisis. Nothing happened in the first ninety days.

Funds that are eligible for being redirected to infectious disease or behavioral health-related responses to the opioid epidemic are held up in the larger fight over a bill to fund the government. Even if the budget for Fiscal Year (FY) 2018 were resolved, agencies like the Centers for Disease Control and Prevention (CDC) and the Substance Abuse and Mental Health Services Administration (SAMSHA), did not receive increases under the FY 2017 spending bill and were cut further in Trump’s budget proposal for FY 2018.

Since the Declaration does not create new funding, an emergency supplemental appropriations request is needed to grant additional funds to local health departments and community-based organizations, which are disproportionately bearing the burden of the opioid, HIV, STI (sexually transmitted infections), and hepatitis C and B epidemics. Unfortunately, under questioning during the nomination process, the newly confirmed Secretary of HHS, Alex Azar, refused to commit to securing more funding for the opioid crisis.

AIDS United has communicated with the administration that what communities need from the Federal government is at least level funding for HIV/AIDS programs, increased funding for SAMHSA and funding of at least $100 million for the Department of Viral Hepatitis, and greater collaboration between public health and behavioral health, as well as public health and law enforcement. This Public Health Emergency Declaration should include the creation of—and support for existing—syringe services programs (SSPs) to simultaneously address overdose deaths and HIV and hepatitis C transmission related to the opioid epidemic, as well as additional funding for the purchase of naloxone, which is subject to rationing according to widespread reports. A comprehensive approach to drug user health needs SSPs to be supported if they already exist or implemented where they don’t. These programs are an infrastructural necessity—SSPs serve as a hub for people actively using opioids and other drugs, where they may access HIV, other STDs, and hepatitis C and B prevention, testing and treatment, substance use treatment and other behavioral therapies, and the overdose reversal medicine, naloxone.

An organized high-level response to the opioid epidemic is more urgently needed each day, but the Trump administration meanwhile seeks to dismantle the federal office most responsible for coordinating the response of public health officials and law enforcement agencies to the opioid crisis. It has been reported that the President’s proposal for FY 2019 defunds the Office of National Drug Control Policy (ONDCP) by 95 percent. The ONDCP is woefully understaffed and had an inexperienced 24-year-old political appointee and former Trump campaign staffer serving as deputy chief of staff until public outcry led to his resignation at the end of this month. Senate Democrats sent a sharply worded letter to President Trump last week citing the diminishing role of ONDCP as a major barrier to working alongside the Administration to address the opioid crisis.

AIDS United stands in solidarity with everyone working to end the opioid epidemic and believes that taking strong public health approaches will allow Americans to fully address this public health crisis and also bring us closer to ending the HIV epidemic in the United States.