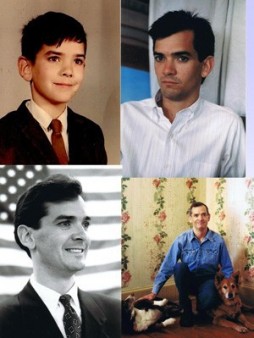 For the last two years, I’ve moved beyond celebrating just my birthday, because after you turn 30 nobody wants to hear about it until you are 40.

I’ve found a loophole, though, and I’ve used my HIV diagnosis to extend the party. For instance, last year I turned 32. Kind of lame on its own, right? But if you include, “The 20-year anniversary of my HIV diagnosis”, you get better presents. This year, I’m not turning 33, but I’m also celebrating the fact that my virus is legally able to drink now.

But I’d be remiss if all the self-obsessed, celebrity-feuding and AIDS Walking distracted me from throwing out a big, public “Happy Birthday” wish to someone whom I hold near and dear to my positoid heart...

Sean Strub, founder of POZ Magazine and overall badass. And it’s a real milestone birthday- he’s 50! Click here to read his article on the Swiss Condom Study over at Huffington Post.

Sean is the guy who opened my handwritten letter in 1996, mailed to Poz a couple of months after I posted my first website and told my friends I was HIV positive for the first time. He read it, and hasn’t stopped supporting my somewhat off-beat approach to HIV education since.

He’s a real friend and hero in my life.