Tonight is the Oscars. It’s always a chance for me and Steve- The Hemo2Homo Connection- to match wits and predict winners. I’ll post the results tomorrow and will try not to gloat too much when I win. Oh, and I forgot to wear my suit to this blog entry, so I’m going to turn this one over to my wiser movie-going counterpart...Steve, take it away! 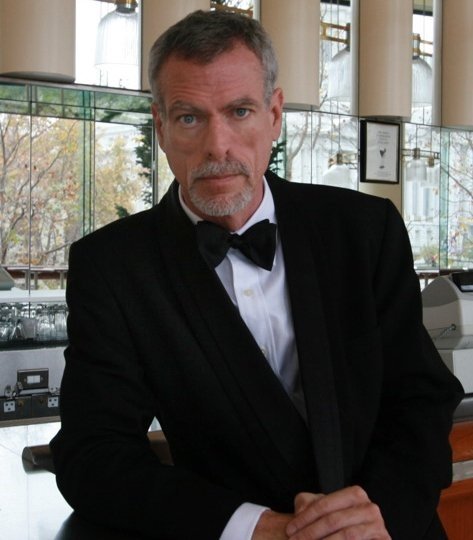 STEVE SAYS: The Oscars! The gayest event of the entertainment season featuring five movies no one in America actually saw all competing to win a prize so that their DVD sales will escalate (since none of the films ever played in any actual theaters where “the public” -- that great unwashed mass of Paul Blart lovers -- resides.)

BEST ACTOR: Sean Penn. No actor has ever so completely captured a real figure. Ever.

(SHAWN SAYS: "No way- Mickey Rourke for The Wrestler! It’s still real to me, dammit!")

SUPPORTING ACTOR: Heath Ledger. No actor has ever so completely captured Dick Cheney’s persona. Ever. And, amazingly, though both are dead, one manages to crawl out of the grave and appear on Fox News every once in awhile.

BEST ACTRESS: Kate Winslet. It takes great skill to play the stupidest woman who ever lived. (More on that later). 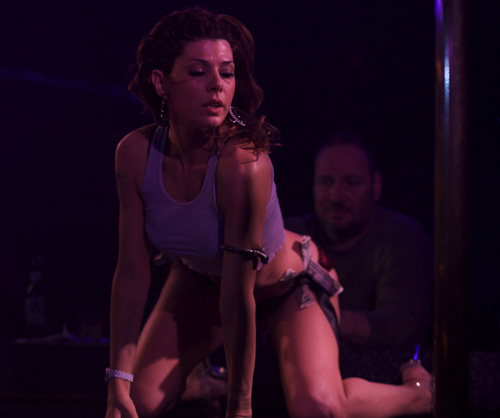 BEST SUPPORTING ACTRESS: I’m voting for Marisa Tomei because I know she’s in this category, not the Best Actress one, unlike Thinblood. I’m also going with Tomei because of the way she stomped her foot in that movie where Herman Munster was the judge. Yes, yes, I know that performance was a different year and she already won for that movie, but I don’t care.

(SHAWN SAYS: “Give her all the awards! The best stripping performance since Showgirls!”)

MILK. MILK. MILK. MILK. And yeah, I know Slumdog is supposed to win, and I loved Slumdog even though it was a purely sentimental piece of impossibility, but then, that’s what movies are all about.

(SHAWN SAYS: “Slumdog won’t win. They would have won if the movie had centered around the gameshow The Price Is Right- a classic. Not the dated Millionaire show. Can you imagine a high stakes ending that involves Plinko?”)

That’s stupid, Shawn. But not as dumb as THE READER. I hated this movie.

You see, The Reader is fictional account of the stupidest woman on earth. It starts off where she (statutory) rapes a willing 15 year old naked boy (uncut!). But it’s okay because she’s a sympathetic Nazi prison guard who we’re
supposed to feel sorry for even though she was personally responsible for watching and facilitating the deaths of hundreds or thousands of human beings. Why?

Because, boo hoo, she can’t read.

So the other mean Nazi guards let her take the rap for an incident where hundreds of
Jews died in a church fire, even though she was guilty anyway. And yes, that’s the actual plot. And that piece of crap was nominated for Best Picture. Be thankful it never showed in your town, Hemo.

And the best thing you’ve ever done is turn your blog over to me, by the way.

(SHAWN SAYS: “This was a bad idea, and why am I in parenthesis? Any final statements, Steve?”)

The Dark Knight got ripped off. So did every real film lover.

OK, I am back now. Thanks for pitching in Steve, we’ll see how it goes tonight. Good luck to you... you’re going to need it!