Roberto Alomar and HIV In the Sports Pages 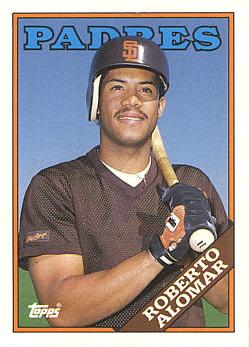 On Friday, we reported about a baseball star whose wife is claiming he hid his HIV status for unprotected sex. This is now the second person to accuse former Major League Baseball player Roberto Alomar of being HIV positive.

Without going into the merits of the case, I was very encouraged to see this issue used to raise awareness of how HIV is treated differently from other serious diseases.

Paul E. Sax, MD, editor-in-chief of Journal Watch HIV/AIDS Clinical Care and the clinical director of the HIV Program and Division of Infectious Diseases at Brigham and Women’s Hospital in Boston, said, "For another stark example of how HIV differs from other serious diseases (even those related to unhealthy choices), Hall of Famer Tony Gwynn has just been diagnosed with salivary gland cancer, likely due to chewing tobacco. The response? Mostly sympathy, very little blame or snark." Click here for the full post.

Craig Calcaterra, blogger-in-chief at HardballTalk at NBC Sports.com, added: “I’d like to think we’ve come a long way regarding HIV and AIDS in the past 25 years. I fear we have not, however, and that if Alomar does have HIV, he’ll be treated like an outcast.” Click here for the full post.

When’s the last time HIV made an appearance on a sports site anywhere? This is obviously a terrible time for both Mr. and Mrs. Alomar, but if their story can open some new eyes to the stigma and criminalization surrounding HIV maybe a little good can come from this unfortunate situation.

I look forward to a day when all current and former MLB players who are HIV positive feel they can disclose their status without fear of discrimination.