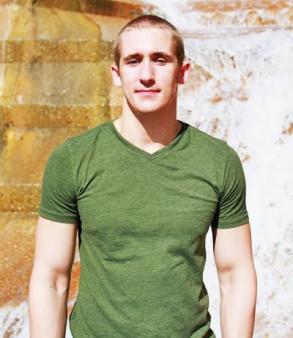 Here’s an excerpt of his blog post on August 19:


“I spent the last few months waiting for the right time to tell you but it turns out that there is no right time...people have already begun to talk so I might as well just tell you now. I tested positive. I have only myself to blame. I have HIV and it kind of sucks.”

Wyler felt obliged to write another post on August 20:

“Since testing positive in May, I have hooked up with a total of three people and they were all HIV positive themselves. Seriously. I have not gone around fucking, barebacking, or infecting HIV negative people. I am a sex fiend. I am NOT a monster. So to the people who are spreading rumors that I have done otherwise, STOP.”

It wasn’t obvious to me exactly what Wyler was referring to about rumors, but then I ran across this post at the LGBT blog Queerty and it explained quite a bit.

It appears it was the GayPornGossip.com outing that pushed Wyler to self disclose. The gist of the GayPornGossip.com post is Wyler allegedly was behaving irresponsibly as a person living with HIV, so the site was taking matters into its own hands to stop him from harming others. As evidence, the post cites an alleged profile of Wyler on the gay personals site Adam4Adam that lists his HIV status as negative.

“In short, there is no moral or journalistic value in reporting on anyone’s private, personal health issues unless they choose to come forward, which Mason has today ... Why [GayPornGossip.com] chose to reveal Mason’s status today is beyond all logical reasoning.”

“What’s left us scratching our heads though is the reason [GayPornGossip.com] gave for choosing to disclose Wyler’s HIV status in the first place: because Wyler didn’t ’back away from his previous ’lifestyle’... and other necessary things’? Like changing the status on his Adam4Adam profile? Sounds pretty moralistic and judgmental.”

There are other details to this story that I am choosing not to explore. Those details (allegations of barebacking on and off camera, allegations as to Wyler’s credibility because in 2008 he said he was raped, etc.) are beside the point I care about most.

Credible news outlets have journalistic standards. On this story, GayPornGossip.com didn’t pass the test. Wyler’s HIV status was his to reveal publicly, or not. It was not up to GayPornGossip.com to decide Wyler should come out publicly as HIV positive, no matter what good they thought would come from it.

UPDATE: Click here to read Wyler’s interview with Advocate.com about the reactions to his HIV disclosure.