Mark S. King, someone that I truly appreciate, admire, and that inspires me personally in my humble attempts at the level of activism he commits himself, gave us an amazing and direct essay about The Sound of Stigma.  Stigma doesn’t sound pretty, even from other gays. (Sigh)
The fellas at The Stigma Project aim to neutralize stigma through education via social media. And they are pretty darn good at mobilizing awareness and action by utilizing a digital task force of ambassadors. (disclosure: I’m one of Nashville’s ambassadors.) Unfortunately, these guys will be breaking down stigma for a while it appears. (Sigh)
Alex Garner wrote about the need for those living with HIV to come out about our HIV and in a recent Facebook Chat on an HIV Awareness page, he differentiated the difference very gracefully between disclosure and ’coming out of the HIV closet’ saying:

“Disclosure is different than coming out about HIV. Disclosure is often meant in the context of telling someone before a sexual encounter. Coming out has more intent behind it.  It’s about saying: this is who I am and I am not ashamed.  Being confident and unashamed about who you are and the life you live.”

Heck, there’s even a People Living with HIV Index. Sad, really, that we need that--but we do. (Sigh) 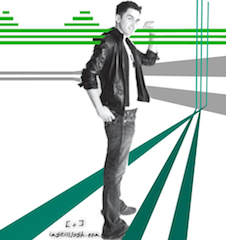 So, yea, HIV stigma sucks.  But, I’m not dying.  (Well, we all are dying aren’t we?  It’s such a sad and terrible view of life that I implore those out there that are so analytical that you’re analyzing why you are so analytical right now, to forget we’re all only breaths from being 12 feet under because we aren’t getting any younger.)
I’m choosing to live-- and live is what HIV stigma doesn’t want me to do.  I get it-- I’m a newbie in the HIV-positive world.  I’ve only been diagnosed for just under two years and honestly, I haven’t had the same effects, probably, that some of the other, wiser long-term survivors may have endured and I more than thank those LTS. Also, I respect that my naivety may have gotten the best of me, but it’s that naive mindset that keeps me smiling and moving.  It’s that choice that keeps me encouraging others living with HIV.
And-- it’s working!  HIV stigma sucks.  So, I came out about my journey living with HIV.  Because “living” with HIV is exactly what I’ve decided to do.  Like many of you.
And my life expectancy just got a bit longer according to new data-- despite living with HIV.
And that, my friends, doesn’t suck at all!  [ no Sigh ]
Cheers to 2014!  ’Carpe Diem’ doesn’t sound so crazy after all.
Join me on HIV blog to see the encouragement coming out of that choice!
Resource:
http://www.healthline.com/health-news/hiv-life-expectancy-for-americans-with-hiv-reaches-parity-121813
Advertisement