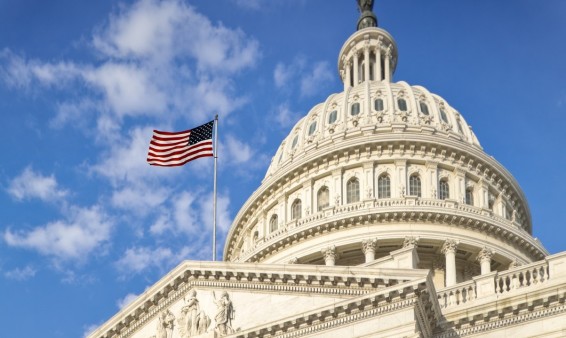 Winners and Losers in the Congressional FY2017 Funding Bill

This bill does not put funding for domestic HIV programs where it needs to be, but it’s a step in the right direction.

Parsing out the winners and the losers from the recently signed Fiscal Year 2017 omnibus appropriations bill is not an easy task. By their very nature, bipartisan bills are designed to leave all parties less than completely satisfied, and this most recent appropriations bill is no exception. Both Republican and Democratic lawmakers can find aspects of the FY17 funding bill to claim as victories and others they would just as soon forget, and the same goes for their constituencies. For us here at AIDS United, the funding bill that keeps the federal government open through September is cause for a guarded optimism going forward into Fiscal Year 2018. This bill does not put funding for domestic HIV programs where it needs to be, but it is a step in the right direction.

The $1.1 trillion spending package, which was passed earlier this week by both the House and Senate, doesn’t rock the boat too much with regards to HIV spending, with most HIV programs seeing level funding in FY17. This flat funding, while not cause for celebration, is important in providing most domestic HIV programs with a crucial degree of financial stability. The continuity of HIV funding included in the FY17 budget is vital for the maintenance of progress toward the goals and priorities outlined by the National HIV/AIDS Strategy. Without a spending package that at least kept most HIV funding level, any aspirations towards significantly reducing new HIV infections, increasing access to care, improving health outcomes for people living with HIV and reducing HIV-related health disparities would be extremely difficult.

AIDS United is somewhat relieved that Congress has kept funding intact for most HIV efforts and very appreciative that they have listened to the voices or people living with HIV and increased funding for the Housing Opportunities for People with AIDS (HOPWA) program by $21 million. However, we are also concerned by unnecessary and ultimately devastating cuts to HIV programs that will hamper their ability to properly address HIV and other sexually transmitted infections (STIs, also called STDs) in the United States: the $4 million cut to Ryan White HIV/AIDS Program Part C clinical providers and the $5 million cut affecting the budget to fight STIs. Both of these cuts will diminish the ability of HIV providers and service organizations to respond to HIV and health care, particularly given the increasing cases of syphilis and other STIs among men who have sex with men (MSM).

Stepping outside of the immediate world of HIV advocacy, the FY17 funding bill proved to be a relatively unambiguous rejection of the FY17 funding priorities laid out by the Trump administration. The majority of President Trump’s high-profile spending priorities, including his border wall project, were left unfunded by the bill, and none of the $18 billion in cuts to non-defense discretionary spending were included. Of particular interest to people living with or effected by HIV was the $2 billion increase in funding for the National Institutes of Health, a more or less direct pushback of the Trump administration’s recommended $1.2 billion decrease in funding to NIH.

While Members of Congress on both sides of the aisle were busy positioning the spending bill as a win for their party, the Trump administration spent much of their time in the immediate aftermath of the bill’s release doing damage control and, in the case of President Trump, suggesting a government shutdown. OMB Director Mick Mulvaney criticized Democrats shortly after the spending package was released for what he termed as trying to “spike the football” and making the President look bad. For his part, President Trump tweeted out that the federal government “needs a good ‘shutdown’” to fix the “mess” in the Senate. This latest response from the President and his administration appears to derive from their frustration at being unable to move their FY17 priorities through Congress and, while it may not provide any solid indication as to who the winner of the budget process was, it suggests the White House thinks they lost.

The completion of the FY17 appropriations process sets the stage for the FY18 budget and appropriations cycle. From the hints that were provided in the president’s “skinny budget” for FY18, the HIV community should expect a tough battle over funding levels. We at AIDS United will be working with our national and grassroots partners to reverse the cuts to Part C programs and to STD prevention and to advocate increased funding to keep the country on course for ending the HIV epidemic.