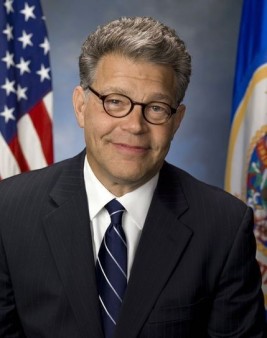 Recently, U.S. Senator Al Franken (D-Minn.) introduced anti-bullying legislation that seeks to add a provision to the No Child Left Behind renewal, called the Every Child Achieves Act of 2015, which is under debate. Franken’s amendment would provide federal anti-bullying coverage to LGBTQ students in K-12 education throughout the nations’ schools. This policy could help relieve LGBTQ students from the traumas of bullying. Such trauma has been linked to riskier behavior in gay and bisexual men, which in turn has been linked to an increased likelihood of contracting HIV.

Franken’s amendment, known as the Student Non-Discrimination Act (SNDA), would include LGBTQ identities in school policies that protect kids from bullying based on race, religion, gender and other identities. Teachers and administrators would be required to handle LGBTQ-based bullying in classrooms in the same way as race-based hate speech and violence.

Unfortunately, the bill faces some difficulty in the Senate. The bill needed a supermajority of 60 votes to overcome a filibuster on the legislation, but it only got 55 votes. All of the Senate Democrats and a group of eight Republicans voted in favor. It seemed like an obvious “yes” to many senators, especially following the Employment Non-Discrimination Act that passed with 64 votes.

Bullying and HIV have a stark correlation, though. A recent study from Child Abuse and Neglect examined the relationship between HIV-positive gay men and childhood trauma from bullying. They found that 91 percent of their sample of 171 men had experienced trauma from bullying before age 18. They also found that that trauma was linked to behavior later in life that put the men at high risk for HIV. “Exposure to bullying must be considered in any intervention aiming to reduce trauma symptoms or improve mental or physical health among HIV-positive populations,” the study concludes.

It can be difficult to determine why there might be a correlation or what might cause risky behaviors in men. The study describes how drug abuse, “difficulties with mood” and emotional stress, and “symptoms of trauma” experienced earlier in life persist into adulthood. So it appears emotional stress from childhood bullying leads to further psychological issues in men, indicated by behaviors that are at higher risk for contracting HIV.