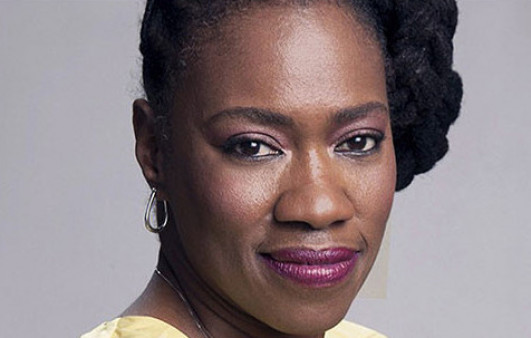 I Have a Secret!

If you know anything about me, you know I try to be an honest person. Living the lie was really hard; it went against everything I believe in.

This post was written by Gina Brown, and originally appeared on A Girl Like Me, a blog for women and girls on The Well Project.

For most of my adult life I identified as a heterosexual woman. See, my family, community, and society told me I was supposed to like boys/men. After all, I was a girl, right? I was raised with the notion that girls date boys, not other girls. Don’t get me wrong, there are LGBT people in my family, but like all other ingrained stigmas, that was them not me. When I was 13 years old, I told a cousin that I wanted to become a mechanic when I grew up. She immediately said, “if you become a mechanic people are going to call you a ’bulldagger.’ I didn’t know what the word meant, but I knew it was bad by the look on her face and the way she spit the words out. There were a couple women in our neighborhood that people called that word. I was in 7th grade and there was a girl in my class who was already a mother. She was all of our ’go-to’ person. I asked her what it meant and she told me. A month later I became sexually active with a boy. I did not want people to think I was this ”bad thing" that I didn’t want to be. As I said, I was never without a boyfriend and I had sex with most of them. As crazy as this sounds, I preferred to be a ’hoe’ than a ’bulldagger.’ I feared the desires that I encountered in my dreams would be found out. My life was a lie, but it was a lie that I felt I had to lead.

Over the years I would meet women and become instantly drawn to them, I always chalked it up to like-minded people and all of that good stuff. I refused to admit that I was attracted to them in a sexual way, because once again, my 13-year-old self told me it was wrong. I made sure I didn’t stare too hard or touch them in any kind of way. Even when Same-gender loving Women approached me, I would never reciprocate in any way. I would say, I’m hetero, and leave it at that. Go home and think about her for weeks. The more I thought about her, the guiltier I felt. After my HIV diagnosis I started to put all of my energy into HIV. I stopped dating and just lived my life.

Things changed in 2012 at the International AIDS Conference in Washington, DC. Dazon Dixon Diallo introduced me to a sister from South Africa. We shook hands and I immediately felt a strong attraction. I was a little shocked because I wasn’t a SGL Woman; I’d always dated men, right? But I couldn’t deny the feelings that bubbled up in me. I wanted, no, I needed to know this woman and not just as a friend. It was the first time that I admitted I was attracted to both men and women. At this time I had the knowledge and language down, I had a name for what I was, a Bisexual Woman. Although I could admit this to a few close friends, and myself, the stigma was still inside of me. It was still hard for me to talk about it in certain settings.

If you know anything about me, you know I try to be an honest person. Living the lie was really hard; it went against everything I believe in. I would have these long mental health sessions with myself, trying to convince 13-year-old Gina to stand in her truth. I shocked myself this July in Amsterdam at the International AIDS Conference, by coming out on a Facebook live taping. A month later I came out to the broader HIV community. I am 52 years old and for the first time in my life, I feel free!

My name is Gina and I’m a PROUD Bisexual Black WLHIV!