Twitter
Facebook
Pinterest
Tumblr
Email
Advertisement
My good buddies at MTV Staying Alive have released a new, free app for the iPhone called iCondom.  It helps users locate their local condom distributors, and invites users to list ones in their neighborhood to help users of the app.

Here is the full press release for the iCondom. May the launch of this product be the beginning of a hassle-free condom shopping experience for the masses!

MTV Staying Alive, MTV’s global youth HIV awareness and prevention campaign and charity, and iCondom are today urging people around the globe to join them in their fight to help prevent the transmission of HIV by downloading the free iCondom app and providing details of their local condom dispenser / retailer. The information gathered will be used to create a global condom distribution map, making it easier for more people to avoid putting themselves and others at risk of contracting HIV and other sexually transmitted diseases. iCondom is a free iPhone app that allows users to instantly locate their nearest condom outlet at any time, wherever they are, via location-based technology. The app provides information that has been uploaded by other users, such as whether the store has 24 hour opening, or a dispensing machine is out of order.

Georgia Arnold, Senior Vice President, MTV Networks International and Executive Director of the Staying Alive Foundation commented: "An estimated 5 million 15 to 24 year olds are living with HIV and 2,500 young people are infected with HIV each day UNICEF 2011. We have partnered with iCondom with the ambition to make it easier for more people around the world to source condoms and reduce the transmission of HIV and STIs.

A percentage of money made from the app will go towards Staying Alive Foundation grants which are awarded to young people working to prevent HIV in their local communities.“ Morgane Danielou, founder of iCondom added: ”MTV can help us reach out to young people using iPhones around the globe to create a comprehensive condom distribution map. We have a large task ahead of us, but being able to provide this information will ensure that fewer and fewer people will be put at risk."

The free app is currently only available on the iPhone and is available to download via the Apple App Store: iCondom App A 30 second advertisement will broadcast on MTV International’s channels to encourage as many people as possible around the world to get involved.

The ad can be viewed online here http://www.staying-alive.org/en/2011/08/icondom/

For more information on MTV Staying Alive: www.stayingalivefoundation.org and http://www.staying-alive.org/en/

The partnership and campaign was created by The Scarlett Mark www.thescarlettmark.com. Animation and illustration of the advert by Alan Warburton www.alanwarburton.com 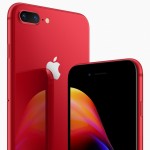 iPhone 8 Gets the RED Treatment and Raises HIV Funds 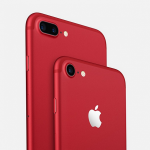 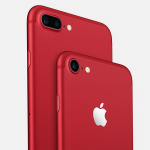