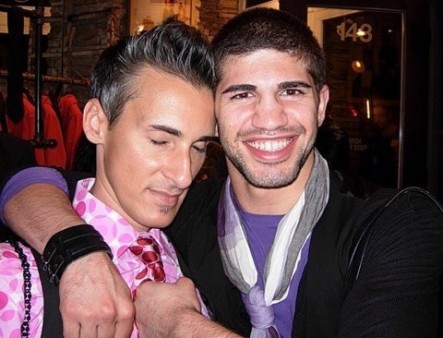 Robert and I during Fashion’s Night Out in 2010. He and I were always so close.

The process toward a creating a healthier lifestyle and discovering my genotype.

It took me months to make a decision to finally start dealing with my HIV. In fact, it had been been about nine months since I had my preliminary test results, and I was too scared to ever follow up. It was March 2012 and I didn’t know where to go or what to do, so I asked my friend Robert for help. He had a lot of HIV-positive friends, and I trusted him to lead me in the right direction.

I remember walking into Callen-Lorde in Chelsea, and I had all of these forms to fill out before I could go upstairs to begin my case. It smelled like a hospital. I don’t like hospitals very much. They usually surround some negative circumstances. Robert knew this place by recommendation, it being a gay-friendly clinic where people can get tested and treated for many different things. They offer dental, HIV testing and treatment, assistance to those transitioning. 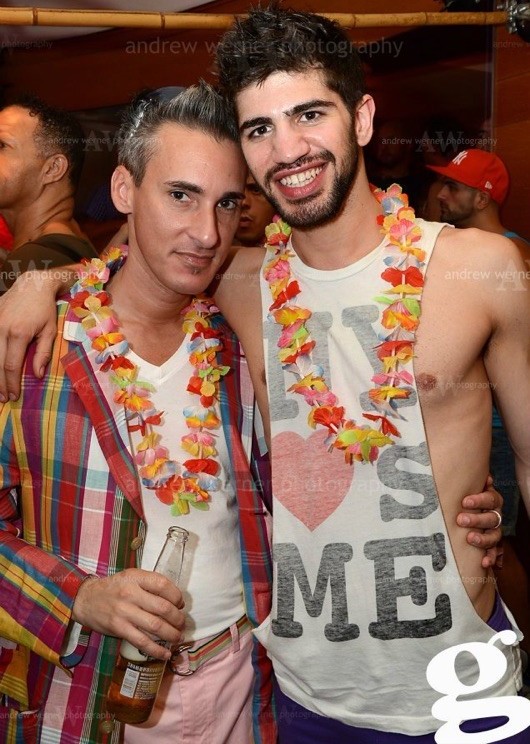 Robert and I at G Lounge Pride Party 2012

The people on the ground level sent Robert and me upstairs once I was finished, and I had to get another test to confirm my initial results. Then I was brought in to talk to my case worker for the first time. His name was Jake, and I can remember his piercing blue eyes. Everything about him was perfect. He had tattoos and a cool sense of style, and his compassion and kindness romanced my delusion that this guy would ever want anything to do with me; alas, this wasn’t speed dating. I was here not only to save my life, but also to set a foundation for living one.

He gave me all of the information on insurance and assured me that he would help me set it up. Robert sat next to me and knew all of the questions to ask. He was an angel as I sat in anxiety. There was so much being thrown at me, but somehow it was all working itself out. I was about to leave Jake’s office when he handed me a folder that included packets and pamphlets of info on counseling and such, and he told me that I needed to hold onto it. I put it in my green Adidas messenger bag and zipped it up. Gosh, I loved that bag, and now it became a security blanket. I also made an appointment to return to him once the results were in; at that time, he would set me up with a Nurse Practitioner on staff.

Something about taking care of all of this started to make me feel better. It was like a huge weight was being lifted off my shoulders. There was still this stress for the next visit. What was going to happen? Would it all be figured out at that appointment?

So I returned two weeks later, ready to set up my insurance and to continue the process. I was set up with ADAP (the AIDS Drug Assistance Program, which helps provide meds and care). Now that my lab results were in, it was time to talk about the genotype of my HIV; with that information I’d be able to decide which regimen I’d start—if I wanted to start medication at all. Some people choose to wait until they actually need to take them, even though the most current research shows benefits to starting right away, regardless of CD4 count and viral load. I wanted the meds the second I was told which ones would work for me. I remember being prescribed Isentress and Norvir, and the name Intelence rings a bell. I have switched medications a lot since then. It was also suggested that I take K-Pax for immune support, so I grabbed a box from the pharmacy.

One day in May of 2012, I was walking down the street with Shane and Jason, my two best friends, talking about all of my fears surrounding HIV medications. I had always heard horror stories from people in the beginning stages of an HIV regimen. Nausea and vomiting weren’t the things that scared me. Instead, I was frightened of the prospect of night sweats, nightmares, and dizziness. Maybe they don’t sound terribly dangerous as far as side effects are concerned, but it definitely scared me. My friends listened and assured me that I was doing the right thing by starting this new path to better myself.

I was so nervous my life was going to change dramatically. I thought I wouldn’t be able to drink alcohol. What if I had to give up coffee? Could I still smoke pot? I just started liking cocaine. I guess I had to eat healthier. I had so many questions and concerns.The doctor assured me that I could go about life as usual. I liked that idea. I was just being more responsible with my health regarding my HIV.

I believe I was very fortunate that I ended up having no side effects. It wasn’t a horror story or anything that I had heard. It was like I could breathe again, at least for the time being. There would be more obstacles to come, but for now I was in my groove and feeling great.