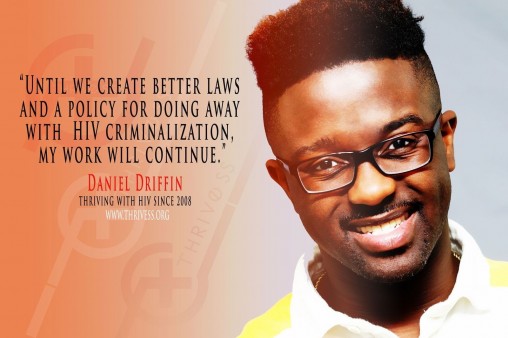 In honor of National Black HIV/AIDS Awareness Day (NBHAAD), which is marked each year on February 7, THRIVE Support Services Inc. (THRIVE SS) has released the 5th wave of its iTHRIVE self-love and HIV acceptance campaign.

THRIVE SS is an Atlanta-based nonprofit organization that provides support and linkage to care services for people living with HIV. The group released the first set of photos from this campaign in 2015 on World AIDS Day, which is observed annually on December 1.

This new set of images spotlights 16 same-gender-loving or bisexual men of color living with HIV, including Daniel Driffin. In 2016, he became only the third Black, openly gay person living with HIV to address a Democratic National Convention.

“So many view HIV as a bitter ending,” said THRIVE SS cofounder Dwain Bridges in a statement. “We are proving that with the proper support and services it can be a bright new beginning.”

Go to THRIVESS.org for more information about the organization and the campaign. Click here to read a 2017 POZ article featuring Daniel Driffin and others.