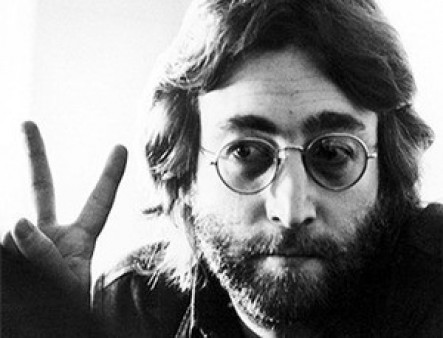 John and Michael: Deaths in the Family

Thirty-three years ago this evening, John Lennon was murdered as he entered the Dakota, his apartment building at the corner of Central Park West and 72nd Street in New York City.

When journalists report on the anniversary of this tragedy, they often call me for comment. That’s because I was one of the first on the scene.  While traumatized and in shock by what I had seen, I was interviewed by the media. Despite scores of requests, I have rarely said anything about it since -- mostly just tried to block out of my mind the horror of what I saw that night. 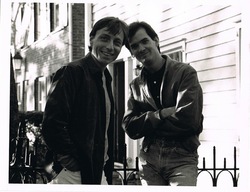 Nearly eight years to the day after Lennon’s shooting, my partner Michael Misove died of cryptococcal meningitis on December 7. His loss only made this time in December that much more wrought with emotion and painful memory. While today is the 33rd anniversary of Lennon’s death, yesterday was the 25th anniversary of Michael’s. The loss of a beloved partner wasn’t an event I either wanted or tried to put behind me; it has stayed with me, a partnership in memory rather than person, bringing as much consolation as sorrow. Writing about Michael in Body Counts (he appears with me on the cover) has in a small way brought him back to life, at least for those who read the book, and that gives me joy.

Prior to his 1980 death, John Lennon wasn’t an enormous presence in my life.  I knew who he was, of course, and admired his political perspective and advocacy for peace. But music was not a big part of my life. Had I not stumbled upon his murder, I still would have seen his death as tragic, but it wouldn’t have had a profound effect on me.  In subsequent years, even when friends asked me about the incident, I usually changed the topic, noting I was just coincidentally passing by the building when I heard the shots.

But the truth is that it took a long time for me to understand a simple but powerful truth: what I saw that night affected my life in significant ways in the years to follow. The fall of 1980 was a peculiar time in my life and not just because of Lennon’s death. It was also when I was infected with HIV and suffering seroconversion sickness. Ronald Reagan was elected President. And a mentally ill man with a machine gun shot up a gay bar in the West Village. I sometimes patronized that bar and I identified with the guys who were enjoying a beer one evening when gunfire erupted, killing several of them and injuring others.

What I saw at the Dakota that night reverberated in my life in unexpected ways -- through later AIDS charity interactions with Yoko Ono as well as from harassment from conspiracy theorists that ultimately led to the involvement of the FBI. When I began writing Body Counts, I wasn’t sure how I would address Lennon’s murder. But I knew I couldn’t ignore it.

As I wrestled with those memories, I began to understand them in a new way that I found cathartic. Writing helped me finally expunge some lingering ghosts.

In December of 1980, I was 22 years old and thought I knew everything. I spoke calmly and clearly when CBS interviewed me. (The footage of me starts around :48 on this clip below.)

Today I watch that clip and see only my vulnerability. I understand better how trauma is something one must learn to live with -- and perhaps even learn from -- rather than just try to forget.