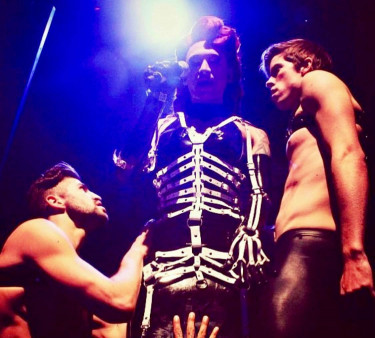 Lessons On Abuse I Had Yet To Learn

A moment of grace—and some amazing advice—from a police officer. Would I take it?

The rain falls gently outside my window, while I hear bangs and slams from construction on the apartment being renovated upstairs. I smell bacon coming from my own kitchen as my boyfriend makes us breakfast, and I wonder if I should eat it because it’s a Friday during Lent. I’m also wondering which angle I should take when telling this next part of my journey. There’s the good side where I was growing, but the other half where I was holding onto something so toxic that it threatened to pull me under and drown me in a sea of powerlessness.

In Spring 2015, I found myself in a relationship with a guy that I met on a relapse with meth while trying to stay sober and touring with a contestant on Rupaul’s Drag Race Season 7. I feel like the good came with the bad at that time in my life because I was clinging so tightly to what I thought I wanted.

During the week, I would work my day job at Equinox TriBeCa, selling high-end athleisure to entitled members. After work, I’d usually go to a meeting and then head to 33J, the high-rise apartment of Collin, my boyfriend at the time, where I’d find him watching TV and most of the time asking what we were going to do for dinner. Sometimes it’d cause an argument until he had food in his system. Then after eating out, we’d go home and he wouldn’t want to be sexual so we’d head to bed after picking a movie out on the television.

Weekends would often be me getting up super early on a Friday or Saturday to meet Miss Fame and her husband downstairs with Chad, who’s another dancer in her show, to catch a car to the airport. It was super convenient that “Famey” and I were neighbors at the time. We’d fly to our destination, explore the town when we’d have time, do our gig and then usually head onto the next city. I’d call Collin from the road; sometimes he’d answer, and sometimes he wouldn’t. I would be distracted by what was happening on the road so I didn’t mind much. Then we’d wake up to head to the airport and come home. I would wonder what Collin had been doing all weekend, so I’d rush home and typically find everything covered in lube even though he tried to cover up the mess.

I’d subtly inspect the apartment to see if anything was off. I’d see lube hand prints on the walls and headboard of the bed. Occasionally he would slip up and there would be bottles left over from the G him and his guests had done. There’d be little baggies of drugs in places he forgot to check. I’d even find leftover generic Viagra pills you can purchase in porn shops. I would argue that he did something, and he’d deny it. I’d find myself believing him, and after a lecture he’d swear he’d get sober. This was just about every weekend, some worse than others.

During phone calls and conversations with my friends and family members, they tried to convince me to leave Collin. I was so lost and so stuck in this union that was a total disaster. It was telling of my spiritual condition. I started to fall apart inside because my foundation was cracking and I was losing my connection to my sobriety.

One day in June of 2015, I was traveling back from Austin, Texas, with the FAMEily, which is what we called ourselves (Miss Fame and the crew). We were so tired. Upon our return to the New York City, I rushed to shower and head to the Season 7 finale of Rupaul’s Drag Race at Stage 48, a club in midtown Manhattan. The episode was being played on screens all over the club, but the real crowning was happening on stage where we were. I was running behind and feeling lost because Collin was being difficult. I had to focus on my performance in the show and not on his mess. I put him and a friend of his on the list to get in, but he wanted to be catered to and babied. I took him to VIP to watch where he’d be able to drink for free with his friend. I didn’t care that he’d be drinking as long as he’d be cool and calm. 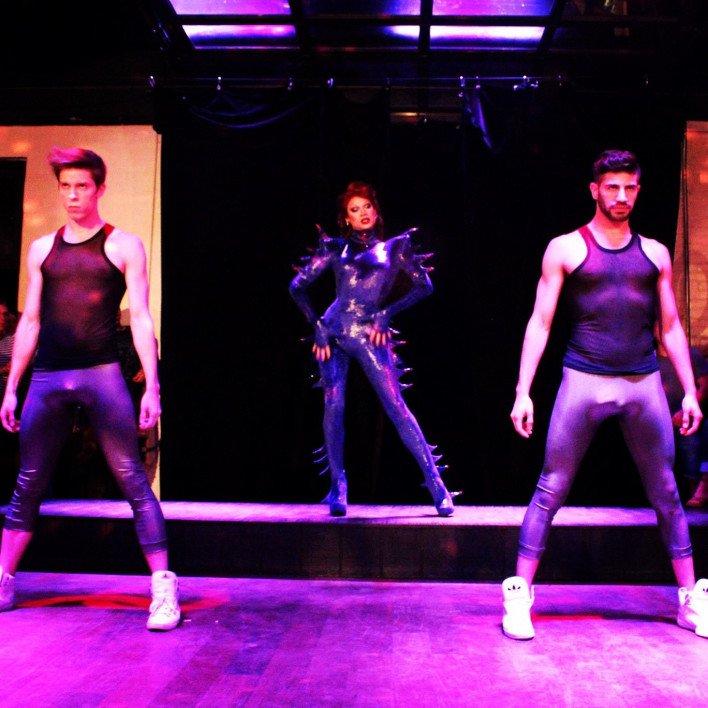 A little later in the evening I met Collin outside for a cigarette (this was back when I used to smoke). He seemed jolly and drunk and I felt like everything was going well for the night. He asked me if I could hold onto his leather jacket when I went back inside and I did. I told him I’d see him after the show and that I had to go get ready for our number. The trouble is, and I know from experience, that a person can turn real quick when they’re drunk and coming down off of a weekend of partying. 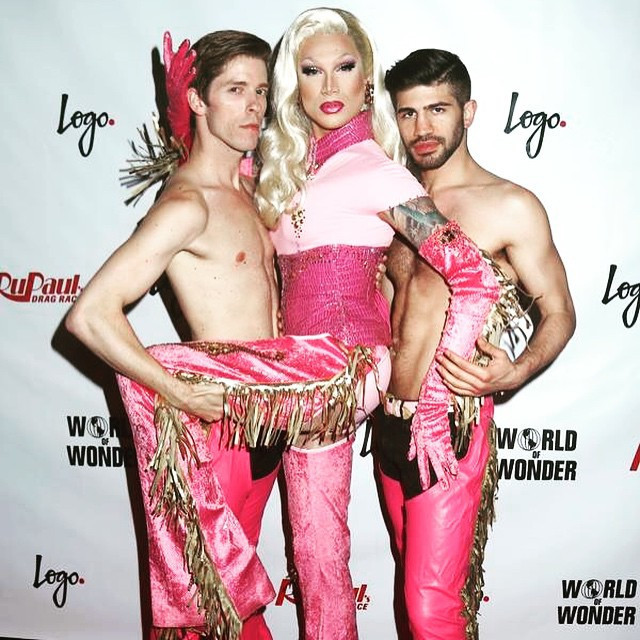 Within an hour I was getting some obscure texts, and I was slightly confused. The things he was saying to me and calling me just didn’t make sense. He decided to leave the venue before I performed which is something I was used to because he would much rather be using drugs than supporting his boyfriend in anything that mattered. 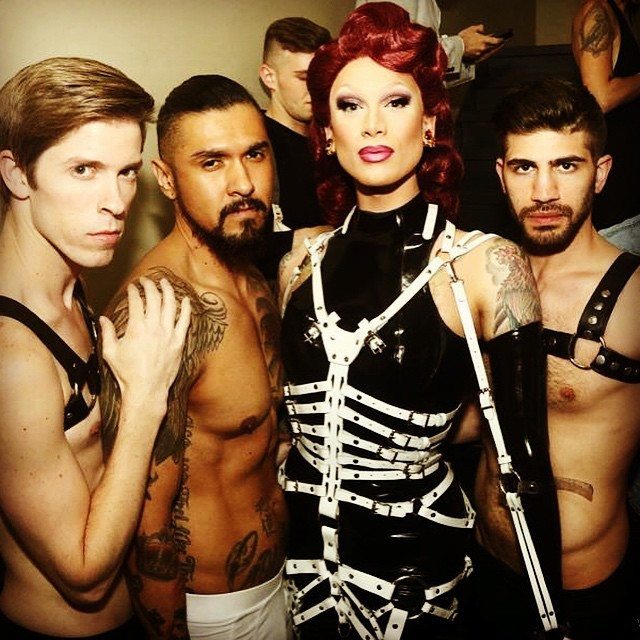 Backstage with the crew at the RPDR S7 Finale (Chad, Boomer, Fame, Me)

I wanted to celebrate how far I had come, and being able to perform at home in New York in front of so many of my peers was a big accomplishment for me. Instead of enjoying that moment of bliss after the show, I dove into my neediness for love and attention and I ran back to 33J where I found Collin having a tantrum and his friend Will scared and nervous. Will had ordered food for Collin and ducked out so we could figure things out.

The situation escalated within moments of me being home. He had been going through my suitcase that I dropped off quickly from my trip, starting to toss things around in order to find something he thought might make me look guilty. He didn’t find anything, which frustrated him even more and he pushed me and told me to get out. When I went to grab my stuff so I could leave, he begged me to stay. It was back and forth for thirty minutes with this insanity.

Why was I putting myself through this? I don’t think I knew that I deserved better. I had trouble finding guys that could accept me for who I am: a sober, HIV-positive man with no idea what he wanted to do with his life except what he was doing right now traveling and performing.

My mind replayed these thoughts over and over as I waited out in the hall until the cops arrived, then I gave them my information and told them what happened. I explained to the officer that I was sober and Collin was clearly a mess and I wanted to see him get sober for himself and it really upset me. The officer looked at me and he said something I’ll never forget, “This isn’t your fault, and you can’t change him. Trying to get him sober will only hurt you. Maybe leaving him is best. You deserve to be happy.”

It was a moment of grace because I was hearing what he was saying. I grabbed my stuff and went down and grabbed a cab uptown to my apartment, hoping to never speak to Collin again. I arrived at my apartment to a welcoming roommate, ate some food, showered, and fell asleep to First Wives Club. I had no intention of ever making things work with him again after this. I was sad, angry, embarrassed, ashamed, and I felt a strength I hadn’t had in so long. No matter how liberated I was, I still have a “built-in forgetter” that would lead me right back to the abuse, but it would get worse before it could ever get better.