Being LGBTQ and Living With HIV in Latin America in 2021

Out magazine uncovers daily LGBTQ perils such as extrajudicial killings and denial of HIV medications.

When it comes to the U.S. LGBTQ and HIV media, we are a small community. I say “community” deliberately. Although it’s true that we are competitors, our mutual goal of informing our communities unites us in a common cause.

In that spirit, I encourage everyone to read the cover story of the 2021 travel issue from Out magazine. Written by Taylor Hirschberg, the article paints a sweeping picture of the dire state of LGBTQ and HIV concerns in Latin America. 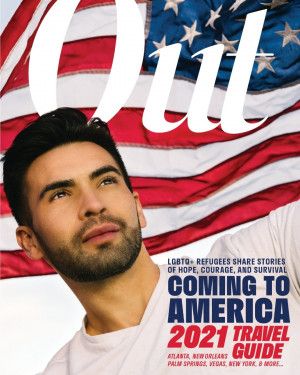 Courtesy of Out magazine

As David Artavia, editor-in-chief of Out, summarizes via email: “Out traveled to Latin America and discovered that approximately 25,000 extrajudicial killings occurred prior to the pandemic. New information exposes that the Venezuelan government is withholding HIV medication and is harassing or jailing members of civil service organizations that provide HIV medication and care. In Cúcuta, Columbia, we discovered that members of the transgender community, some underage, are forced into sex work and routinely beaten by police. He also reports on a xenophobic Colombian paramilitary group called Aguilas Negras (Black Eagle) that suggests Venezuelan extermination in Colombia.”

“We work with several members of the Venezuelan HIV community,” says Danilo Manzano, its young executive director and cofounder. “Many come to Ecuador not even knowing that they are HIV-positive because of the lack of testing in Venezuela.”

HIV testing is extremely limited in Venezuela and only exists in private clinics, costing nearly a year’s salary to get. Without comprehensive testing, it is estimated that approximately 300,000 people are living with HIV in Venezuela. Access to lifesaving antiretroviral drugs is nearly nonexistent. Complicating matters, it has been reported by several news organizations that members of the Maduro regime have been harassing humanitarian organizations that provide HIV medication, limiting their ability to provide the treatments their clients need while disproportionately impacting members of the LGBTQ+ community. Without these medications, Venezuelans living with HIV are faced with the stark choice of leaving or dying.

Many Venezuelans living with HIV migrate to Latin American countries like Ecuador to access state-funded medication and treatment programs. But these countries do not always have the capacity to serve the growing number of migrants. Since the pandemic began, Venezuelan migrants living with HIV are faced with more challenges. With a loss of livelihood, many are evicted, and with a lack of stable housing, many find themselves in irregular living situations and without documentation. Often these compounding issues sever access to their host nation’s health care and welfare programs, creating an even greater hardship. Many are left with no options and are forced back to Venezuela.

Sadly, the situation in Venezuela has been a long one. Jesús Aguais, a Venezuelan HIV activist quoted in the article, has been sounding the alarm for years. Based in New York City, he is executive director of Aid for AIDS, which is working to provide HIV meds to those in need in Venezuela.

As we focus on COVID-19 and economic and social justice concerns at home, let’s not forget that LGBTQ people and people living with HIV around the world still need our attention. Click here to read the full story.