When I first read the story about a rapper named Lil B dropping a song called “I Got AIDS,” I didn’t know what to expect. Next step: Check it out online. After I did, I got curious, so I did some research on Lil B because I’d never heard of him.

What I learned was interesting. Briefly, B (a.k.a. TheBased God; government name: Brandon McCartney) is from the San Francisco Bay area and released an album earlier this year titled I’m Gay (I’m Happy). That was B’s way of supporting the gay community and personally reclaiming the word “gay,” as in “I’m happy.”

But doing so was also a way for B to get some unhappy news. Some of his former fans sent him death threats. So what did he do next? Lil B recently released a single called “I Got AIDS.” This one was aimed at young hip-hop fans--many of them are African-American youths, ages 13 to 24, a demographic that’s at heightened risk of HIV infection.

The tune is called an AIDS awareness anthem because it urges listeners to get tested for HIV and other sexually transmitted infections (STIs), but it’s also controversial because of the way so many have responded to it.

For a taste of the ugliness, check out YouTube comments about B’s choice of subject matter. If you didn’t know how homophobic folks could be, this will open your eyes. But what’s even scarier is the amount of misinformation out there that continues connecting HIV infection with homosexuality. (WTF, we’re about to move into 2012, yo! Is this for real?!)

Whether or not Lil B feels driven to challenge this stereotyping with a call to action--or whether he just loves to court controversy to hype his career--is anybody’s guess. What we know for sure, though, is that many young people still don’t understand that HIV is not confined to homosexual activity. In addition, stigma is still a major issue, as confirmed by the name-calling and, oh yes, the death threats.

What’s more, given the age group Lil B’s music appeals to, it’s clear that the HIV facts of life need retelling to a whole new audience.

Given the reception to Lil B’s HIV/AIDS awareness challenge, and the feedback from fans who don’t seem to understand basic HIV science, I think it’s time for more tunes.

Hey, let Lil B keep the flow going. He certainly seems to know how to get a crowd’s attention. 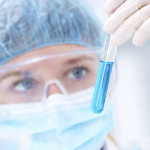 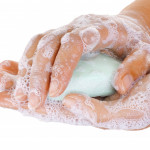