Look at the Mapplethorpe Pop-Up!

You never know what you’ll see while walking home from work in Manhattan. On Friday, POZ colleague Jennifer Morton and I headed to the famed Flatiron Building plaza to check out a pop-up installation for the upcoming HBO documentary Mapplethorpe: Look at the Pictures.

Debuting Monday, April 4, the film promises to explore the life and legacy of groundbreaking photographer Robert Mapplethorpe, who died of AIDS-related illness in 1989 while embroiled in a national controvery over art, AIDS, sexuality and gay rights--a.k.a., the culture wars (the conversative Senator Jesse Helms denounced Mapplethorpe by simply declaring, “Look at the pictures,” as if to say they’re vile enough to speak for themselves).

The installation, up for only two nights in NYC, consists of images projected onto a temporay walled structure, and a small black trailer with several viewing booths showing more photos along with audio commentary from Mapplethorpe himself.

By now, we all know Mapplethorpe’s trademark black-and-white photos, whether from the graceful flower still lifes or the celebrity portraits or that Scissor Sisters album cover (the tight ass in tights, for “Night Work”) or the boundary-pushing sexually explicit images—often of black men, or memorably, his self-portrait with a “strategically placed” whip (how appropriate for NYC’s Black Party, held this weekend).

By now, in 2016, Mapplethorpe’s work has permeated the main stream, yet much of it remains dark, decadent, even dangerous. To me, his style represents an edgy New York glamour and an erudite, disciplined artistry. The man had his kinks but damned was he a hardworking artist committed to his craft.

Just think: the pop-up installtion on 23rd Street and Fifth Avenue is just two and half avenues over from the Chelsea Hotel, where Mapplethorpe and rocker/poet Patti Smith lived together. Boy has the neighborhood--and the hotel--changed since the drug-fueled era of Allen Ginsberg, Janis Joplin, Bob Dylan and Andy Warhol.

Coincidentally, I recently read Smith’s memoir Just Kids, which details her and Mapplethorpe’s relationship in the gritty 1960s and 1970s New York (they were lovers and starving artists before he came out as gay and they both rocketed to well-deserved iconic status). It’s truly an inspiring read on many levels, and I can’t wait to look at Mapplethorpe’s work with my newfound appreciation.

Below is the trailer for the documentary, followed by more images of the pop-up installation. A major hat tip to Jennifer Morton for the amazing Instagram colllage above; if you like what you see, follow our Instagram account at @pozmagazine for more, and search #LookAtThePictures and #MapplethorpeDoc on social media for more pics as the installation travels to San Fransisco next week. As you’ll see below, the pop-up isn’t nearly as sexy and dramatic in the daylight. 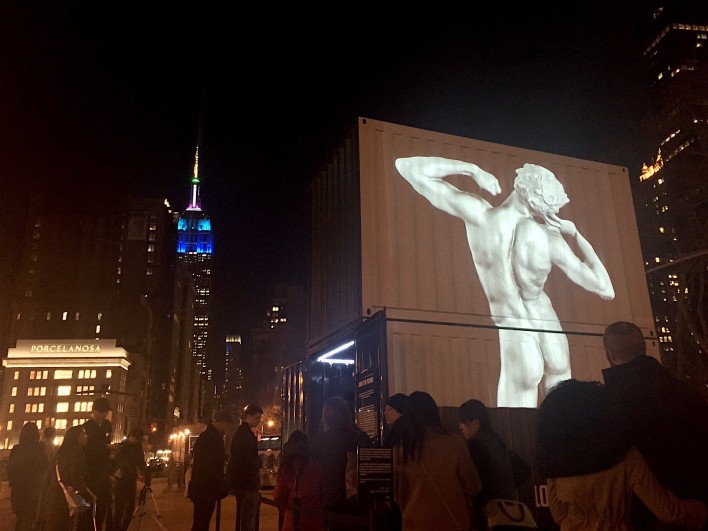 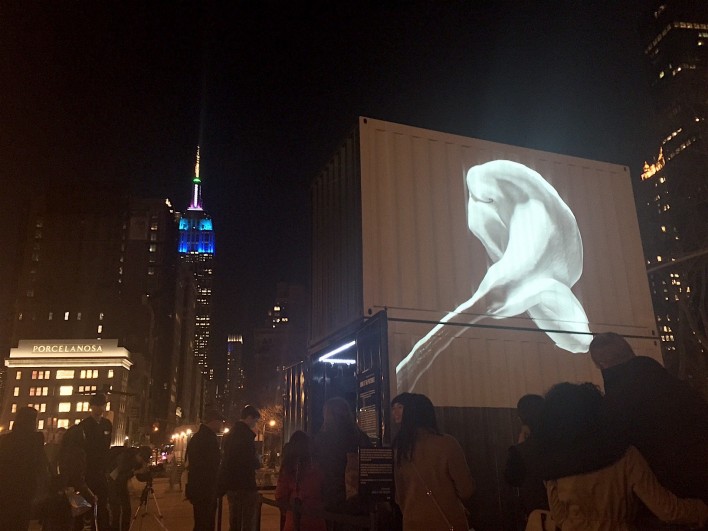 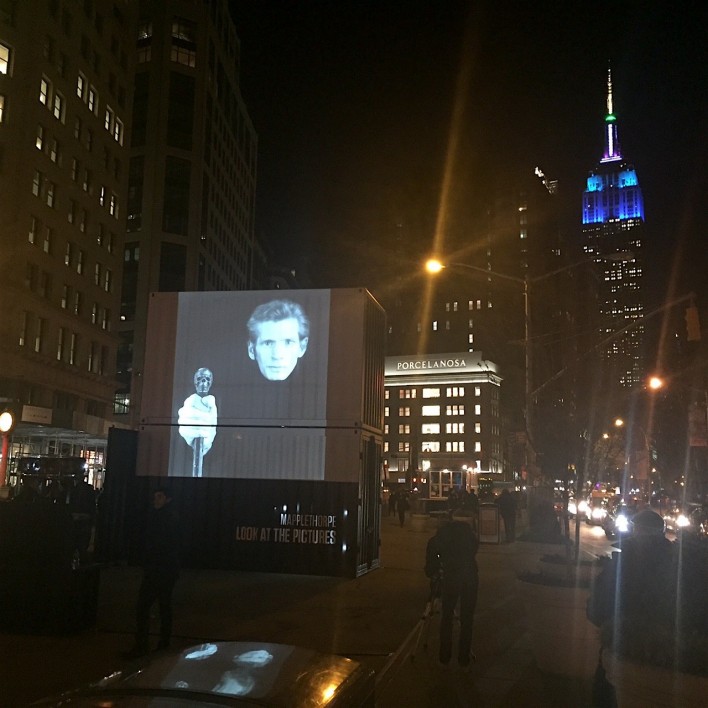 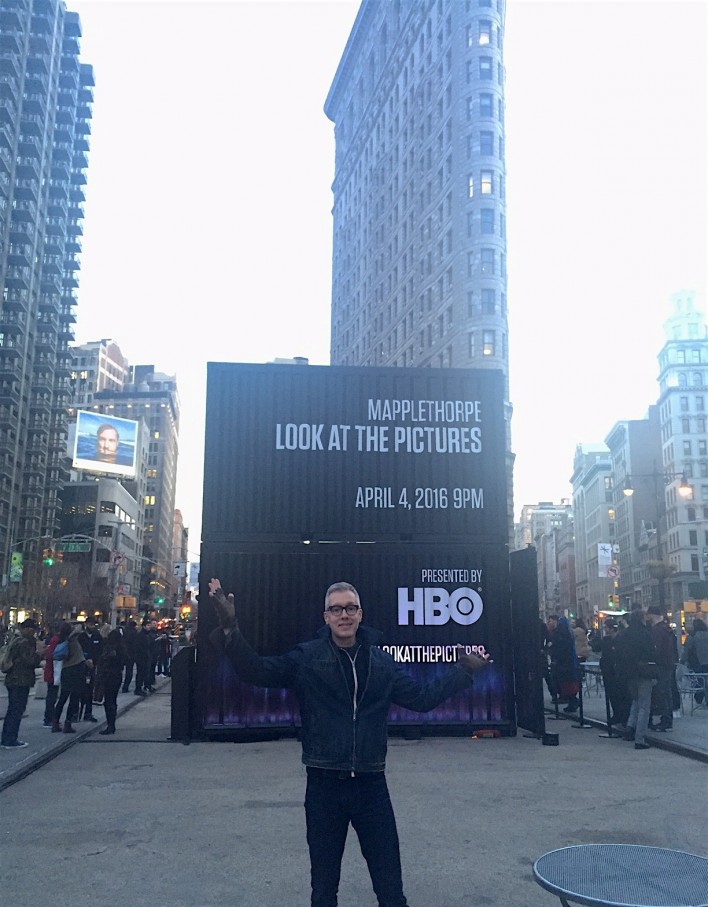