Joseph A. Berger, left, talks with choreographer Vincent Paterson about his work with Madonna. Trenton Straube

An evening with choreographer Vincent Paterson entertains and inspires.

To be totally honest, I did not know who Vincent Paterson was until recently. But being a true-blue Madonna fan, I decided to attend An Evening With Vincent Paterson: An Intimate Conversation With the Legendary Director and Choreographer. You see, he worked on Madonna’s Blond Ambition tour, the basis of her Truth or Dare documentary, which is celebrating its 25th anniversary this year and hence the reason for the Dance Films event with Paterson at the SVA Theatre in New York’s Chelsea neighborhood.

I became aware of this while researching the recent POZ cover story “Live to Tell: ‘Truth or Dare’ dancers disclose living long-term with HIV.” Knowing very little about choreography and dance, I was curious to hear what Paterson would say. He did not disappoint, even bringing up the topic of HIV/AIDS.

Before I get to that, boy do I ever feel stupid for not knowing his name—or face—because his work has permeated my life. He and his friend Michael Peters played the switchblade-dueling gang leaders in Michael Jackson’s “Beat It” video. Peters, I learned, choreographed that video, as well as “Thriller.” Paterson played a zombie in that legendary work and went on to choreograph (and direct) “Smooth Criminal.” He also did choreography for Madonna’s “Express Yourself” and “Vogue” videos and the movies Evita, The Birdcage and the Björk vehicle Dancer in the Dark. The list goes on and on. 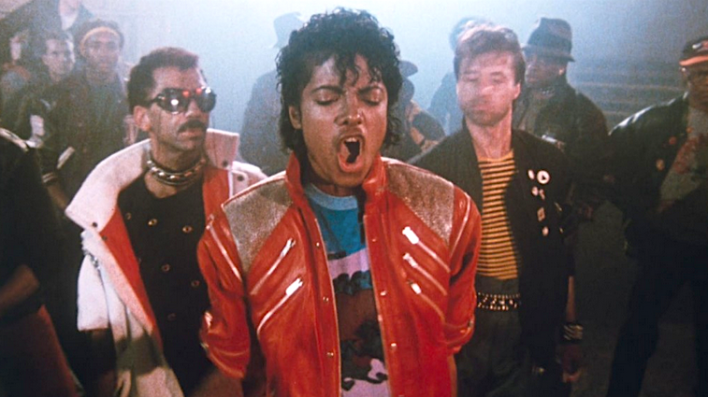 Paterson is a talented and generous storyteller, an energetic insider who, during the evening, walked us through the creative processes behind these iconic works of pop culture. Lucky for us all, he’s working on a memoir (till then, you can find lots of interviews online). Throughout the night, he read sections from the book and also played videos of the performances he discussed. He described Björk as a hardworking Teletubby and said that Madonna, in comparison, was like a tsunami.

Did you know that Paterson was brought on at the last minute to replace the original Blond Ambition choreographer, and he was tasked with re-tooling the show ASAP? He says that each night, he’d play one of the concert’s songs on a continuous loop as he went to sleep and then the next day he’d have a concept for it. When Madonna decided to perform “Vogue” for the 1990 MTV Video Music Awards, she called Paterson for help, looking for a fresh interpretation of the track. Playing around with props from his closet—hand fans left over from a Diana Ross number!!!—he came up with the idea of portraying Marie Antoinette and her court. Excited about the brilliant concept, Paterson told us, he rushed to the phone and called Madonna—and she hated it! Can you imagine? As we all know, she eventually donned the corset and wig.

Not to diminish Madonna’s talent and superstar wattage, but listening to Paterson further debunked, in my mind, the idea of the all-encompassing auteur artist. As if Madonna woke up one day with the “Vogue” music, lyrics, choreography, cone bras, makeup and editing fully formed and ready to go, no rehearsals needed. 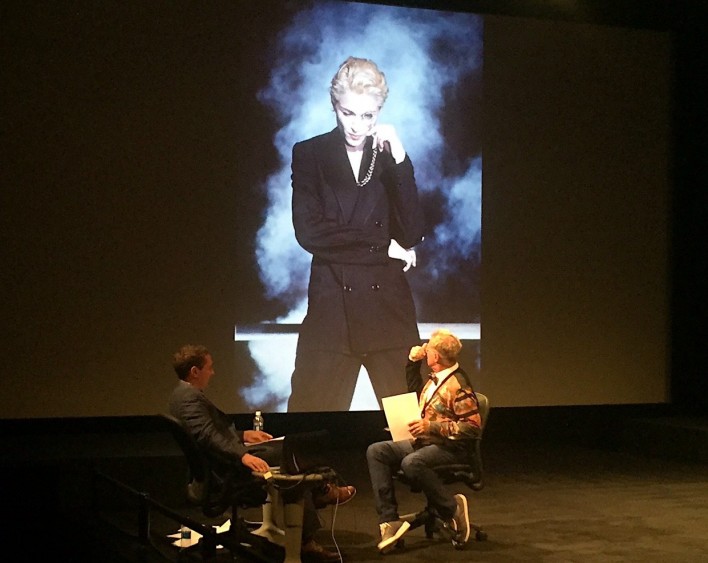 Joseph A. Berger, left, talks with choreographer Vincent Paterson about his work with Madonna.Trenton Straube 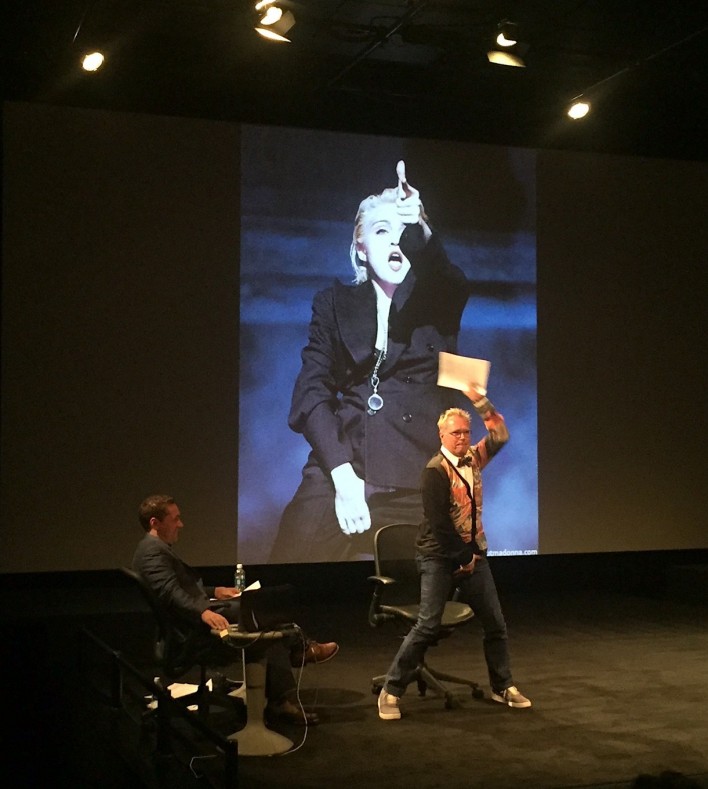 But back in the ’80s and early ’90s, I was younger and more naive, happy to be enthralled by my idols, and I just didn’t think about all the people behind the scenes whose talent and work didn’t get star billing. Nor did I think of the endless hours and days Michael Jackson rehearsed to prefect his moves so that they appeared as effortless as blinking and breathing. I appreciate those details much more now.

Similarly, I have a better understanding today of the devastation AIDS wreaked during this time period—the early days of the epidemic—even though much of it went unsaid. When Paterson talked about Michael Peters, he mentioned that he died of AIDS-related illness. Later, I googled Peters—another major talent whose name I was embarrassed not to know—and came across his New York Times obituary of September 1, 1994, titled “Michael Peters, a Choreographer of ‘Dreamgirls,’ Is Dead at 46.” Here are the first two graphs:

Michael Peters, the Tony Award-winning choreographer and director, died on Monday at his home in Los Angeles. He was 46.

The cause was AIDS, said his publicity agent, Simon Halls.

Very bold and brazen—you could even say an act of activism on the part of Peters. Why? This was three years before lifesaving modern HIV meds came out, a time when fear and stigma stipulated that obituaries did not print AIDS as a cause of death. (For more about this aspect, check out the POZ article and slideshow “Heroes Tour 2016: Doug Meyer makes sculptures of creative icons lost to AIDS”).

Paterson mentioned AIDS another time during his talk. Apparently, when Madonna sought his input for the MTV “Vogue” performance, he was busy choreographing an AIDS fundraiser scheduled for the night following the MTV Video Awards. In a brilliantly played move, Paterson asked Madonna and the dancers to repeat their Marie Antoinette performance for the fundraiser’s opening number—and not to tell anyone, so that it’d be a complete surprise.

Being an AIDS activist herself, Paterson recalled, Madonna agreed.

Wow. The audience must have gagged.