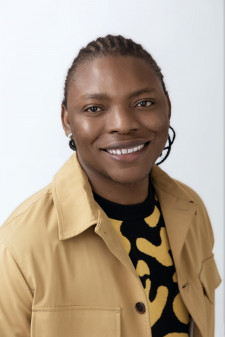 I’m beyond thrilled and honored to share that Micheal Ighodaro joins the Prevention Access Campaign (PAC) as Director, Global Policy Advocacy today. Awarded the “2015 Champion of Change” by U.S. President Barack Obama, Micheal is a globally recognized and award-winning thought leader, public speaker, and global human rights advocate. One of the most outspoken, courageous, and effective advocates in the global HIV/AIDS response, Micheal is a brilliant strategic leader with tremendous warmth, authenticity, and charisma. Micheal has a rare ability to inspire and mobilize folks across the many diverse boundaries that often divide us. He matches his dazzling and passionate authenticity with genuine humility, radiating compassion and kindness. The PAC team and U=U Global Community Board (UGCB) are filled with joy as Micheal takes on this exciting entrepreneurial leadership role in service to all people living with HIV.

Micheal will build and lead advocacy innovations to increase access and remove social, structural, and legal barriers to HIV information, treatment, care, and services to ensure all people living with HIV have the support we need to stay healthy and not have to worry about passing on HIV.  Working closely with the UGCB and U=U partner network, now in 105 countries, Micheal will foster collaboration among global, national, and civil society organizations to translate advocacy demands into health policy. Micheal will help steer the course for U=U to become a reality for all people living with HIV, transforming lives and accelerating progress toward ending the epidemic.

Micheal is a brilliant strategic leader with tremendous warmth, authenticity, and charisma. He has a rare ability to inspire and mobilize folks across the many diverse boundaries that often divide us.

The co-chairs of the U=U Global Community Board share their feelings about Micheal:

Erika Castellanos, interim Executive Director of Global Action for Trans Equality: “I am excited that Micheal is joining PAC as Director of Global Policy Advocacy. A champion of change, bursting with positive energy and enthusiasm, Micheal is a globally recognized leader who brings a wealth of experience to PAC. His experience with multi- and bi-lateral donors and UN bodies will complement the PAC team. I am looking forward to being continually amazed by the dedication and achievements of PAC.”

Jeff Kong, Founding Director of Beijing Love Without Borders Foundation and the chairman of U=U China AIDS Community Network: "I am very excited to welcome Micheal, a preeminent human rights activist, to the PAC global team. Micheal’s demonstrated expertise in connecting diverse communities will better support and advance U=U advocacy movements around the world. We believe having Michael will allow U=U’s global collaborators and community partners to work more closely together, and through our work on enhancing policy advocacy we’ll keep heading on the right track."

Micheal’s extraordinary life of courage, resilience, and activism began nearly 20 years ago at 14 in his home country of Nigeria when he shared that he was gay with his parents. Micheal was subsequently kicked out of his home, and due to the lack of HIV education for men who have sex with men in Nigeria, he acquired HIV. Despite the challenges of being homeless, struggling with the health consequences of AIDS, engaging in survival sex, and at great risk to his physical safety, Micheal organized services for other LGBTQI youth, found a close-knit underground community, and began to speak out against Nigeria’s LGBTQI rights.

Micheal spoke at the 2012 International Conference on AIDS where he was invited by Africa Men for Sexual Health and Rights (AMSHeR) to present his work on creating safe support structures for gay men living with HIV in Nigeria. While Micheal was at the conference, the Nigerian media learned about his sexual orientation through a U.S. news article featuring him. Amidst death threats and a violent homophobic attack when he returned to Nigeria, Micheal was forced to leave Nigeria and, due to his involvement with the AIDS Conference, received asylum in the U.S. 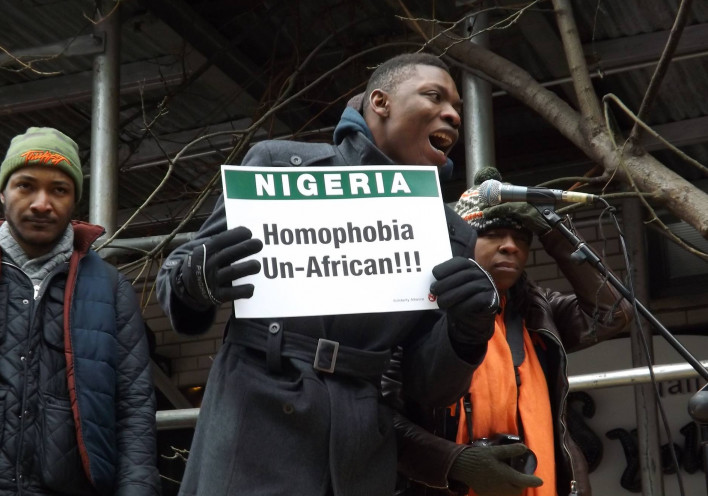 Micheal found refuge and a home in community with Nigerian refugees in NYC and a job as a social worker at Housing Works, bringing HIV education to the streets. He joined ACT UP NY and became a leading voice to bring attention to anti-LGBTQI laws and human rights abuses, extortion, attacks, and murders of activists in his home country of Nigeria. He co-organized a Global Day of Action at the Nigerian Embassy in New York City and other cities in a global stand against homophobia.

Soon after, Micheal began a nine-year career as Program Manager at AVAC, where he led the organization’s key populations program, working in more than 20 countries. During this time, he fostered collaboration with national governments, the private sector, and communities on several global public health programs, including initiatives with PEPFAR, UNAIDS, WHO, and The Global Fund. He worked as a team member on COMPASS Project, a multi-million-dollar advocacy project to increase the activist impact of civil society groups and coalitions in Malawi, Tanzania, and Zimbabwe, working with partners from the region and global North.

He founded Global Black Pride, the first celebration of the international Black LGBTQI community, and Global Black Gay Men Connect (GBGMC). Global Black Gay Men Connect is a group of Black, gay, bisexual, and same-gender-loving men forming a movement internationally to empower communities, foster resilience against oppression, and initiate an ever-growing platform for Black gay men’s collective voices to be heard. Micheal was a co-chair of the board of one of the leading global LGBTQI organizations Outright Action International and currently serves on the board of Frontline AIDS, Accountability International, GBGMC, and OutRight. 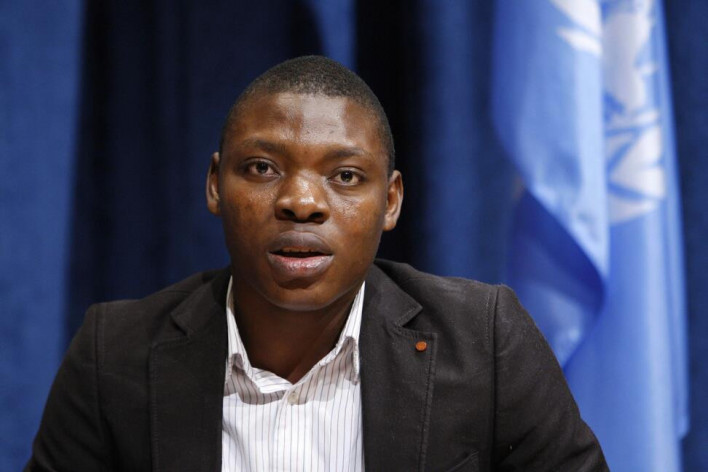 Michael was the subject of a compelling and critically acclaimed 2021 documentary by HBO titled "The Legend of The Underground." He has been a featured speaker at the U.S White House, United Nations General Assembly, as well as many national and global conferences, and was the plenary speaker at the 2016 International AIDS Conference in Durban, South Africa

He is currently a Master’s in International Relations candidate at The New School, and he continues to use his public advocacy platform to support the LGBTQI community in Nigeria and advocate for an end to its discriminatory laws and practices.

All of us at PAC are so excited about our new amazing colleague! With Micheal’s leadership, we’re confident that people living with HIV everywhere are on the path toward the global advocacy impact we need to live and love without fear of passing on HIV. So please join me in welcoming Micheal to the PAC family!

Prevention Access Campaign and partners launched the Undetectable = Untransmittable (U=U) campaign in 2016 to build and communicate a science-based consensus on the revolutionary but largely unknown fact: people living with HIV on treatment with an undetectable viral load cannot transmit HIV to sexual partners. Today, U=U is widely accepted by the global medical and scientific community. U=U has grown into a thriving community-led movement in over one hundred countries, changing what it means to live and love with HIV. Through innovative advocacy, education, and communications, PAC works to ensure U=U is widely known and all people living with HIV have the information, treatment, care, and services to stay healthy and no longer worry about passing on HIV. Ensuring U=U is a reality for all people living with HIV is the key to individual and population health, transforming the lives of people living with HIV and accelerating progress toward ending the HIV epidemic.